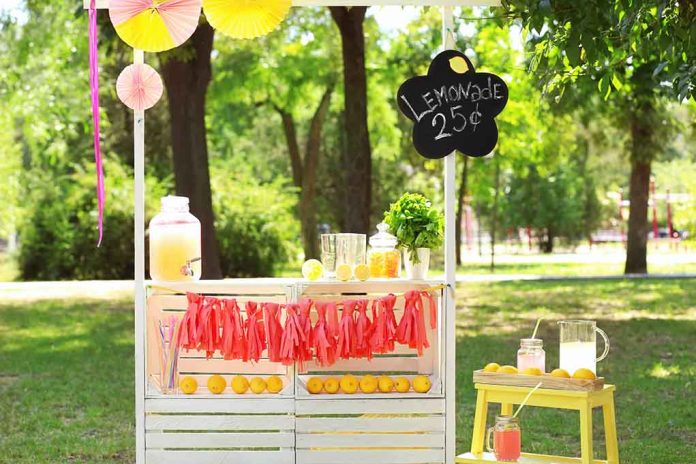 (NewsReady.com) – Washington cops are hunting a heartless counterfeiter who scammed an 11-year-old boy out of his allowance. The crook bought snacks from the young entrepreneur’s lemonade stand and paid with a fake bill. Now, police are pulling out all the stops to catch him.

An 11-year-old Washington boy lost all his money at a lemonade stand to a scammer who gave him a fake $100 bill, police say.

In response, a family friend set up a GoFundMe for the boy that help raise the missing funds and much more from donors. https://t.co/B0YyMSMAgB

Eleven-year-old Everett, WA, resident Jeremy Ryzhonkov decided to spend his summer allowance on setting up a lemonade stand. He hoped the stand would help him expand his snow-shoveling and lawn-mowing businesses, plus give him some surplus to donate to Ukraine, where his family has roots.

Unfortunately, on June 15, a man walked up to the stall and bought $20 worth of snacks — then handed over a $100 bill and asked for change. Jeremy didn’t have enough in profits to cover the change and had to dip into his allowance. But, just minutes after the man walked off, he realized there was something funny about the bill. A quick visit to a local gas station confirmed his fears — it was fake.

Jeremy quickly reported the crime to Everett Police Department and handed over video footage of the scammer. So far, the culprit hasn’t been identified, but detectives are still working on the case. Meanwhile, a neighbor set up a GoFundMe account to replace Jeremy’s lost profits — and it’s already raised more than $25,000.