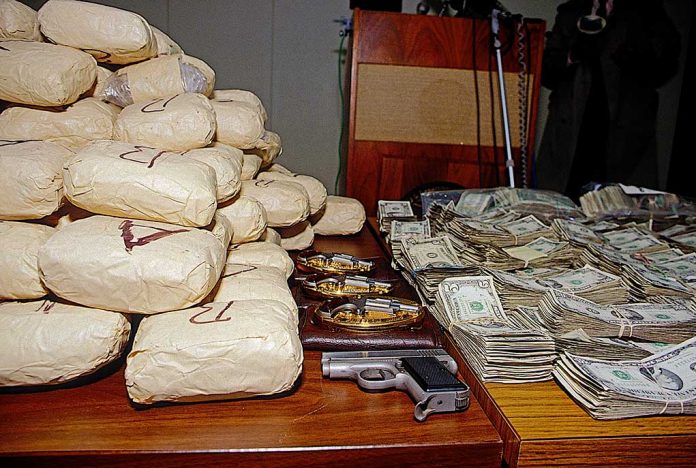 (NewsReady.com) – When America invaded Afghanistan in 2001, the country had a booming drug trade. The Afghans grew thousands of acres of poppies, the plant that makes opioids, in the country. Two decades later, it seems the drug trade is still booming, and India is battling it at home.

On Tuesday, September 21, Indian officials announced the seizure of almost three tons of heroin. The Directorate of Revenue Intelligence (DRI) took control of two containers at Gujarat’s Mundra Port on Sept. 15 containing $2.7 billion worth of illicit drugs. Two people were taken into custody, and an Indian official said the investigation has revealed Afghan nationals were also involved in the smuggling operation.

Probably this is India's biggest drug seizure at Mundra Port.

3000 KG drugs worth over 9000 crores has been seized at Mundra Port. It was shipped from Afghanistan via Iran.

The Taliban has long funded their terrorist activities through the illegal drug trade. Afghanistan remains the world’s largest producer of opiates despite the US’ and its allies’ attempts to wipe poppy fields out in the country over the last 20 years.

The Taliban has claimed it plans to ban drugs in the war-torn nation, but hasn’t explained how it’s going to accomplish that alleged goal. It’s also entirely possible that’s going to be yet another promise they break.