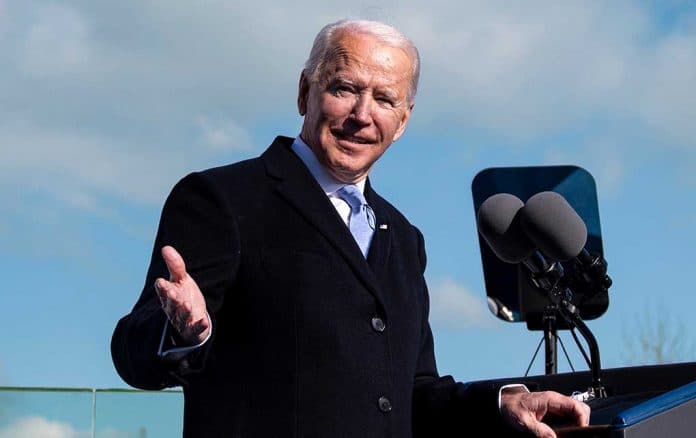 (NewsReady.com) – President Joe Biden spent months calling former President Donald Trump a liar during the 2020 campaign. In the first presidential debate, he said that he was there just to call out Trump’s lies. Apparently, he didn’t bring that same energy into the White House.

Lies During the Joint Session

On Wednesday, April 28, President Biden finally gave a speech to a joint session of Congress — months after both Barack Obama and Donald Trump gave their first speeches before lawmakers. It would have been great if he stood before them and proved he could be the unifier he has talked about for the last year; but, that didn’t happen. Instead, the president made multiple false claims while speaking.

During his speech, Biden tried to downplay the problem with illegal immigration in America. He claimed that the vast majority of the undocumented people in the country are ones who overstayed their visas. While it’s true that millions of people have done that, the Washington Post reported the biggest contributors to the crisis are illegal border crossers.

The president touched on his desire to implement gun control laws, as well. He told lawmakers that when he was in the Senate, the 1994 assault weapons ban brought down the occurrence of gun violence in the country. ProPublica, however, said that’s not true. In fact, there’s no evidence that there was a significant drop in violence.

When discussing foreign policy, Biden claimed that he has traveled 17,000 miles with Chinese President Xi Jinping. This is something the president has repeatedly said, but the Washington Post awarded him three Pinocchios, saying they couldn’t “get the travel to add up” to anywhere near that number. Still, he continues to lie about it.

Oddly, Biden does it even though he could truthfully say he has spent a lot of time with President Xi.

President Biden repeated a lie about the wealthy during the speech, too. He claimed that while America was suffering during the pandemic, the rich were getting richer. A senior fellow at the Manhattan Institute, Brian Riedl, said the POTUS was using a “debunked statistic about soaring billionaire wealth” that relies on incorrect data.

President Biden seems to be using the debunked statistic about soaring billionaire wealth during the pandemic that uses the starting point of the S&P 500 trough rather than the actual beginning of the pandemic.

Finally, Biden, once again, took a disproportionate amount of credit for the vaccination drive. He claimed that only 1% of senior citizens were vaccinated when he took office, and now 75% are. The problem with that is that the vaccine had only been out a month when he took office and states were pushing hard to get healthcare workers vaccinated at that point.

In less than a year, Biden will stand in front of Congress again to give another address, maybe next time he will lie less.