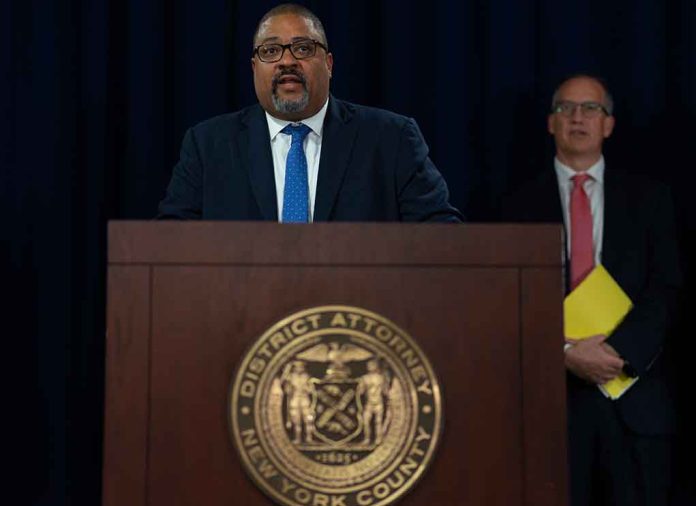 More Than 50% of Felonies Reduced to Misdemeanors by DA

(NewsReady.com) – Manhattan District Attorney Alvin Bragg (D) is one of the most controversial figures in New York politics. The far-left prosecutor has made criminal justice reform a top priority, but many believe it’s been at the expense of safety. Recently, the DA revealed he had downgraded many serious crimes people are accused of committing.

Bragg took office in January. Since then, Fox News reported his office had downgraded 52% of felony cases — significantly higher than the 39% that were downgraded to misdemeanors in 2019 under former DA Cy Vance. Armed robberies of commercial businesses are among the felonies Bragg has reportedly told his office to reduce.

New York City DA Bragg downgrades over half of felonies to misdemeanors https://t.co/AhNZCpa05a

The New York Post revealed the new district attorney is also having a hard time securing convictions. Bragg’s office is only able to convict criminals 51% of the time. That’s less than the 68% of convictions Vance’s office secured in 2019.

Victims Rights NY Founder Jennifer Harrison told the Post the DA’s office is talking about wanting to reduce shootings in the city, but she wonders how many gun crimes were downgraded. She asked how the city is supposed to end the violence “when people like Alvin Bragg are in charge.”

NYPD Commissioner Keechant Sewell has accused Bragg of endangering the public with his policies, Fox reported.