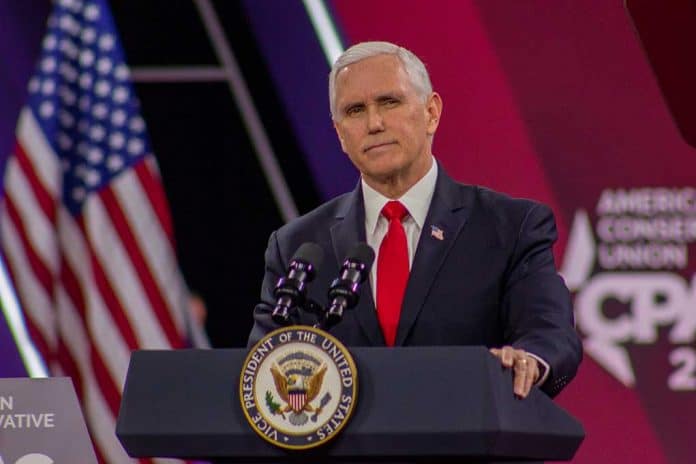 (NewsReady.com) – During his February 28 speech at the Conservative Political Action Conference (CPAC), former President Donald Trump teased a possible 2024 presidential run. Although Republicans are excited about the possibility, some of his advisers are reportedly giving him advice about who his running mate should be next time around.

According to reports, Trump’s advisers are telling him that former Vice President Mike Pence should not be his running mate if he runs again. Instead, some are pushing him to choose a female or black conservative next time around. One of the people reportedly floated is South Dakota Governor Kristi Noem. She has been a staunch supporter of his for years.

NEWS: Donald Trump's told associates he's strongly considering another run in 2024, and his advisers want him to pick a running mate other than Mike Pence.

At least two of them have suggested Kristi Noem.

If true, it’s not that surprising that conservative advisers don’t think Pence is a good idea. Voters were not happy that he didn’t stand behind Trump after the election, and he even attended President Joe Biden’s inauguration. A fresh start might be good for everyone involved.