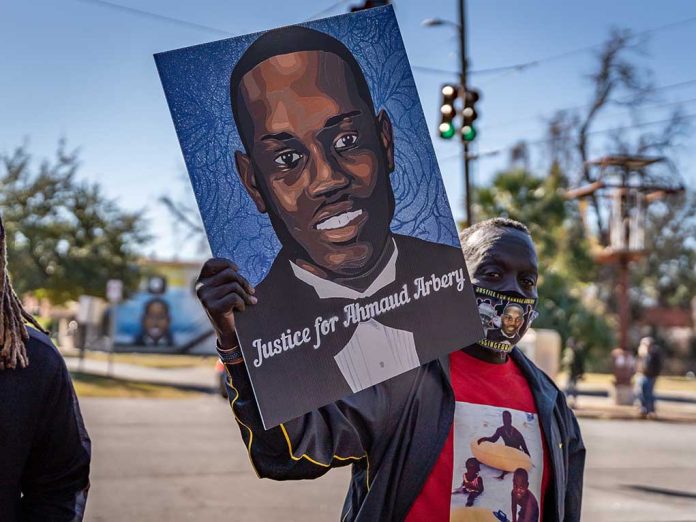 (NewsReady.com) – In February 2020, father and son Gregory and Travis McMichael, along with their neighbor William Bryan, chased Ahmaud Arbery down in their Georgia neighborhood and murdered him. A state court convicted the men in 2021, and the Department of Justice (DOJ) filed federal charges against them for hate crimes and kidnapping; they were found guilty in February 2022. They have now been sentenced for a second time.

BREAKING: William Bryan was sentenced to 35 years in prison on federal hate crime charges over the murder of #AhmaudArbery.

All three of Ahmaud's murderers are already serving life in prison for murder, with the McMichaels also sentenced to life on federal charges. pic.twitter.com/Rukxaqu090

Federal prosecutors argued the men killed Arbery — who was out jogging the day of his death — because they were motivated by racial hatred. Travis McMichael’s texts and social media posts showed he regularly called black people “monkeys,” “savages,” and the n-word. Greg McMichael and Bryan also posted racist content and messages.

According to the Associated Press, the judge said Arbery “will be forever 25” years old, “and what happened, a jury found, happened because he’s black.”

In a press release, Attorney General Merrick Garland remarked that the sentences made it “clear that hate crimes have no place in our country,” and the DOJ will continue to pursue charges against those who commit such acts.