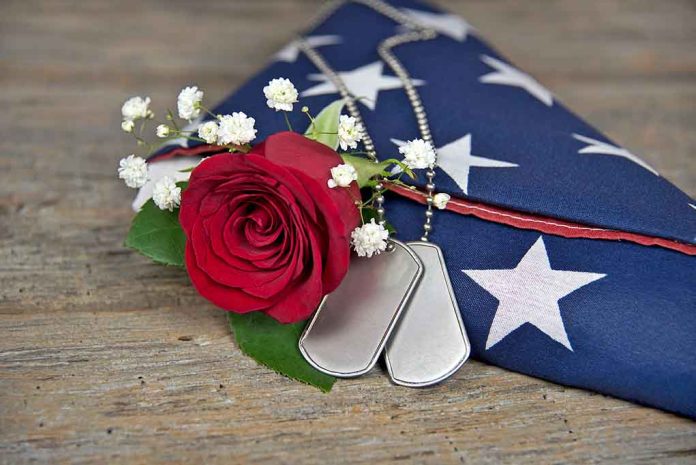 (NewsReady.com) – The beginning of 2023 has been rough for many families across the country. An NFL player collapsed while playing a game and saw an outpouring of support across the country. Now, a football player for the Air Force Academy has passed away.

On January 10, the Air Force Academy announced Cadet 3rd Class Hunter Brown passed away while he was on his way to class. According to the press release, the 21-year-old left his dorm room on January 9 when he suddenly experienced a medical emergency. First responders attempted to revive the young man, but their efforts were fruitless.

The Lake Charles, Louisiana, sophomore was a management major with a minor in French. He was also an offensive lineman for the USAFA’s football team. Air Force Academy Superintendent Lt. General Richard Clark said Brown was a “standout offensive lineman” and he was also “well-respected in his squadron.” He went on to say the entire Air Force would be mourning his loss.

With heavy hearts we share the loss of a cadet.
C3C Hunter Brown died Monday after suffering a medical emergency while on his way to class.
Our thoughts are with his family, friends, teammates and fellow cadets.#NeverForgotten pic.twitter.com/amPlznZqTC

Brown’s death comes days after Buffalo Bills Safety Damar Hamlin collapsed after tackling a Cincinnati Bengals player during the January 2 game. The football player had to be given CPR and other life-saving measures on the field. He was then rushed to a Cincinnati hospital, where doctors determined he suffered a cardiac arrest on the field.

Doctors have not revealed what caused Hamlin’s sudden heart attack, but some theorize it may have been the result of a rare condition called commotio cordis. That’s when a sudden, hard hit to the chest comes at exactly the wrong time during the cardiac cycle and can cause a person to arrest. Hamlin was eventually transferred home to Buffalo General Hospital, where he remained for a few days and was then released to go home.

While the nation celebrates Hamlin’s miraculous recovery, it is mourning with Brown’s family. No parent should ever have to experience that kind of loss.