In November 2019, the NFL announced that they had chosen Michael Vick as one of the four “legends captains” for the Pro Bowl taking place in 2020. This news was not received well by many animal rights activists and animal lovers across America.

In 2007, police in Surry, Virginia raided Michael Vick’s Bad Newz Kennels. They found 49 pit bulls who were injured, malnourished and showed signs of abuse. They also found the bodies of dozens of dogs that had been killed in his dogfighting ring.

Vick was eventually found guilty, served 18 months in prison and paid a fine of almost $1 million to cover the care of the 47 surviving dogs who were removed from his property.

After serving his prison sentence, Vick returned to the NFL and continued to play for 9 more seasons. He worked to change his image, eventually becoming an animal rights activist and working with the Humane Society’s “End Dogfighting” campaign. For many people, this wasn’t enough.

When the NFL announced that it had chosen Vick as a Pro Bowl captain, people online banned together to try to convince the NFL to change its mind.

Multiple petitions on Change.org gathered almost a million signatures asking that Vick’s position as captain be revoked and condemning the NFL for standing by a convicted dogfighter.

The NFL was steadfast. In a statement by NFL commissioner Roger Goodell, released on December 16, he said,

“Over the last, what is it, nine years or so, we have supported Michael in his, what I think his recognition of the mistake he made. He’s paid a heavy price for that. He’s been accountable for it. He’s worked aggressively with the Humane Society and other institutions to deal with animal rights and to make sure people don’t make the same mistake he made, and I admire that.”

In response to the NFL’s decision, people are now vowing to boycott the NFL, Pro Bowl and sponsors such as Verizon, ESPN, Disney and Camping World Stadium, the place where the Pro Bowl will be hosted next year. 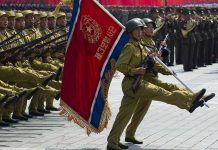 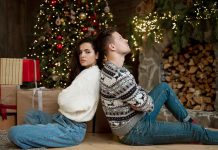