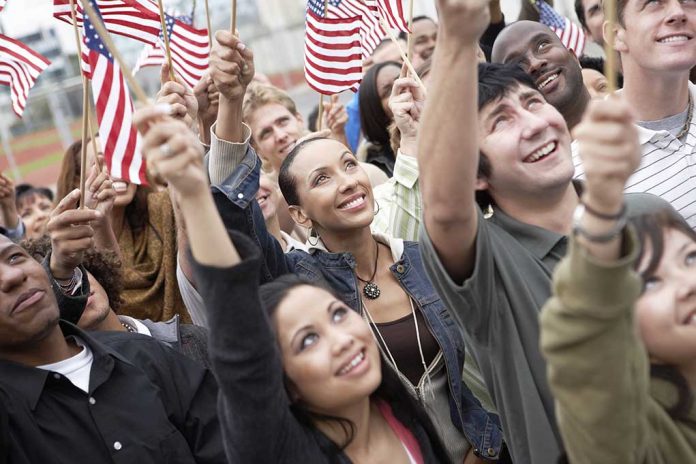 (NewsReady.com) – The American flag was never intended to be a symbol of partisanship. In fact, not even patriotism itself is exclusive to the Left or the Right. The US is filled with overwhelmingly loyal citizens on both sides, all of whom are proud to live in one of the greatest countries on Earth. “Old Glory” just happens to stand as a symbol of that love and everything we’ve sacrificed to maintain our freedom since July 4, 1776.

One Black Lives Matter (BLM) group in Utah, however, vehemently disagrees. They labeled the flag itself “racist” in a shocking Independence Day social media post.

The hypocritical organization didn’t stop at slandering Old Glory. They also suggested that any American who shows support for it, regardless of their color, creed, or political leaning, is “questionably intelligent,” and in fact, deeply racist themselves.

The group mocked commenters who reacted to the post in anger, threatening to “destroy the system” they see as marginalizing people of color. The contentious chapter regularly celebrates upsetting Republicans and Conservatives on Facebook simply for the sake of doing so, calling it an “honor.”

Their threats are especially concerning, especially after a year where riots over racial tensions tore apart multiple cities. Could the group escalate to targeting anyone who flies the American flag from their front porch? They’ve already discounted these people as against them, drawing lines in the sand that demonstrate their unwillingness to agree to disagree.

In a world where the Left’s consistent brigading of social media platforms can make it seem as if patriotism is on the decline, it’s important to remember that not everyone agrees with this mentality. In fact, several black Americans spoke out against the statement shortly afterward, calling it unnecessarily divisive. This includes Congressman Burgess Owens (R-UT).

My father, a proud black man, served with that flag on his right shoulder as this country saved the world from speaking German. All races have died defending what that flag represents: Freedom, Opportunity, & a home for all races, religions & backgrounds.https://t.co/xlJkHf8w4f

Burgess’ story is not unique; many people of color feel patriotism for their country and have a deep love for the flag itself. Many literally served America by signing up for the military and fighting for our freedom. Does this BLM chapter consider them racist, too?

The bottom line is that we live in a country where free speech is paramount and citizens can feel comfortable sharing a wide range of political opinions. Disagreeing with each other is one thing; labeling someone racist for being patriotic is another entirely. Old Glory is not and should not ever be considered divisive, no matter which side of the fence you stand on.