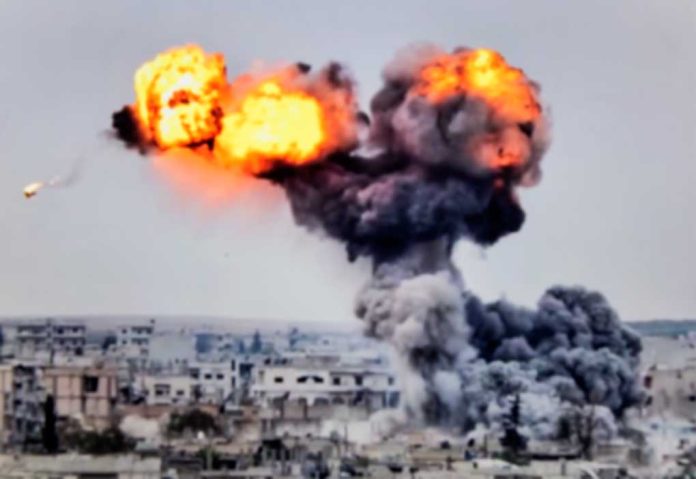 (NewsReady.com) – January 3 was the second anniversary of Iranian General Qassem Soleimani’s death. Apparently, some extremists have still not moved past his death and recently targeted American soldiers.

Who Was Qassem Soleimani?

Soleimani was the head of the Revolutionary Guards’ Quds Force, the unit that conducted operations overseas. However, he wasn’t just an innocent military general who was serving his country with honor. The US has labeled the unit he was in charge of a terrorist organization, and Soleimani was known for being especially ruthless. He was known as Iran’s “shadow commander” and had a big hand in shaping his country’s military policies in Syria – which have been destructive, to put it mildly.

The Pentagon accused Soleimani and his soldiers of killing hundreds of American troops and their allies. The general was accused of providing Iraqi insurgents with bombs that could penetrate armor, killing Americans. Iran denied its forces had any part in that.

The US Treasury Department also accused Soleimani of being involved in a plot to murder Saudi Arabia’s ambassador to the US Adel Al-Jubeir while he was at a Washington, DC restaurant.

On January 3, 2020, the United States military launched a drone strike on a convoy traveling on an access road departing the Baghdad, Iraq airport. Former President Donald Trump ordered the strike that killed Soleimani and nine others.

Attack on US Troops

On January 5, US troops housed at a base at Baghdad’s international airport, where Soleimani was killed, came under rocket fire. The US military shot down multiple drones. Messages were written on the wings of the drones, “Leader’s revenge” and “Soleimani’s revenge.” No soldiers were injured.

Two “Suicide Drones” aimed at Baghdad airport, housing US-led coalition, were shot down by US def system, C-RAM at around 0430 this morning.

Another base in Syria was also hit by eight rounds of indirect fire. The attack caused minor damage to the base, but didn’t injure any soldiers. Maj. Gen. John W. Brennan, Jr., head of the US’ Syrian task force, said America’s military “reserves the right to defend itself and partner forces” against threats that seek to hurt them.

While rebels are trying to attack Americans, Iran is asking the United Nations to take action against those involved in the assassination. The nation said it plans to prosecute 127 individuals who cooperated with Trump’s order.