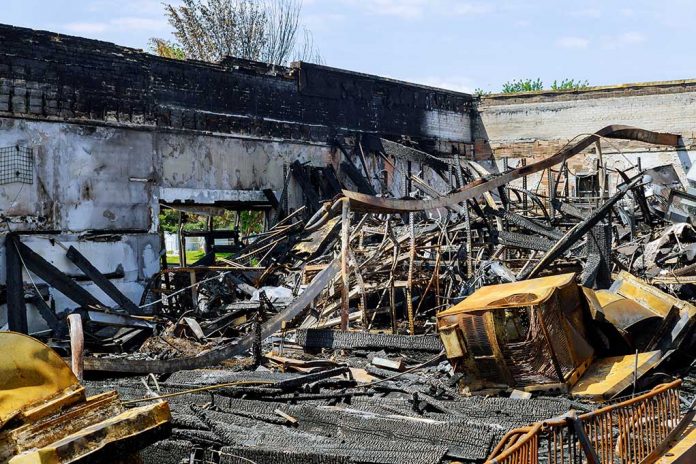 (NewsReady.com) – Speaker of the House Nancy Pelosi (D-CA) formed a select committee to investigate the January 6 incident on Capitol Hill. The congresswoman claims lawmakers have to look into the events leading up to that day in order to know how to prevent it from ever happening again. A new poll indicates voters aren’t buying her nonsense. In fact, they’re far more interested in the violent riots that nearly ripped America apart last summer.

On July 21, Rasmussen Reports released the results of a national telephone poll and online survey they conducted with the National Police Association. According to the results, only 49% of respondents support Pelosi’s January 6 committee, 42% do not support it. However, 66% of likely US voters want Congress to investigate the 2020 riots. During those riots, more than 2,000 police officers suffered injuries.

The riots took place after the death of George Floyd while in custody of Minneapolis police. Support for an investigation into those events crossed racial lines. The results found 64% black voters, 66% of Hispanics, 62% of other minorities, and 67% of whites agreed Congress should be looking into the violent protests.

Not only do 42% of voters polled not support Pelosi’s committee, but Republican lawmakers are against what she is doing. The Speaker recently rejected two of House Minority Leader Kevin McCarthy’s (D-CA) picks for the panel: Reps. Jim Jordan (OH) and Jim Banks (IN). The GOP leader, in turn, pulled all of his members off of the panel and said his caucus would not participate unless the Democrat puts all of his picks on the committee.

Speaker Pelosi refused, saying the two lawmakers have “made statements and took actions that just made it ridiculous to put them on such a committee seeking the truth.” It seems she doesn’t plan on changing her mind, saying she’s going to move forward with the investigation anyway.

If that many voters don’t support the probe and Republicans don’t want to be involved, why is it taking place? Pelosi’s refusal to listen to anyone other than Democrats who want to push forward for partisan reasons is proving the investigation is nothing more than a political witch hunt. Meanwhile, there still isn’t an investigation into the BLM riots.