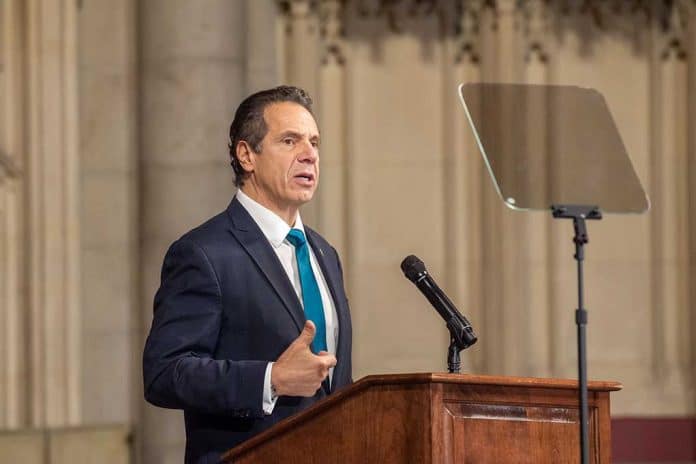 (NewsReady.com) – New York Governor Andrew Cuomo (D) has been swimming in scandals lately. He’s allegedly being investigated by the Department of Justice (DOJ) over the nursing home deaths scandal. He’s also in the midst of a probe by the state attorney general’s office over claims he sexually harassed women working for him. Now, a new report has accused him of putting his family ahead of the public.

When the pandemic first began, tests were very limited. The virus was new and scientists had to create tests, which were then distributed across the country. The Centers for Disease Control and Prevention (CDC) had strict guidelines about who should get the tests. On March 24, the Washington Post accused Cuomo of allowing his family and other friends to skip the lines to get the test. But, that’s not all.

According to the report, the governor sent the state’s top doctor and other health officials to the homes of VIP patients. When his brother, Chris Cuomo, started to feel ill in March 2020, the governor sent a New York Department of Health physician to his home in the Hamptons. The doctor swabbed the CNN anchor’s nose and collected samples from his family members.

Some of the people who needed tests had their samples rushed to a state lab by state troopers.

CNN and Governor Cuomo have had a close relationship because of anchor Chris Cuomo. When the news broke about how the television star benefited from his brother’s position as the head of NY, the network released a defensive statement.

Regardless of the CNN’s star’s medical decision, Chris had to know his brother was giving him special treatment, but hid it from everyone. He hid it even though he documented his fight with the virus on television every night.

It seems Andrew Cuomo’s problems just keep piling up. Is he going to take his brother down with him?