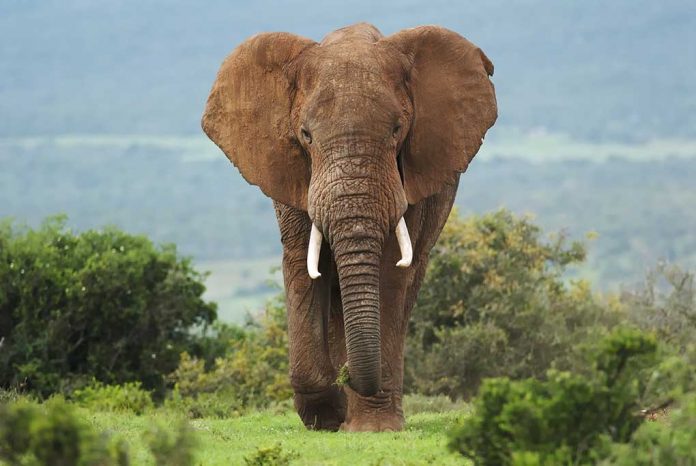 (NewsReady.com) – People know elephants for their relatively mild temperaments, and are referred to as gentle giants. That doesn’t mean they don’t lose their tempers every once in a while — and one of them recently proved that.

According to reports, an elephant at the Khao Yai National Park in Thailand recently had a meltdown in front of visitors. The male elephant appeared to be searching for food when he noticed another animal was in his enclosure. He approached the other elephant and attacked. The only problem is his rival was nothing more than a sculpture welcoming guests to the park.

National Park officer Ple Srichai told the Mirror that it was funny to see the elephant attack the sculpture. He theorized that the bull thought the statue was a male rival. “Male elephants often fight over females so maybe he thought it was a real elephant he needed to show his dominance over,” he explained.

Officials at the preserve decided to save the elephant some embarrassment by moving the sculpture to a different area of the park. Now, he won’t have to compete with a random piece of metal for the affection of females.