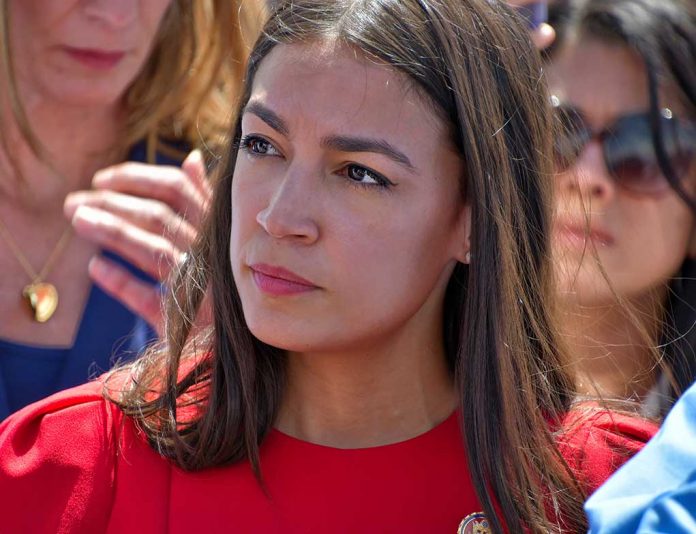 (NewsReady.com) – The remnants of Hurricane Ida hit New York and New Jersey last week, causing devastating flooding. At least 13 people died in NYC as a result of the storm. Rep. Alexandria Ocasio-Cortez (D-NY) is now facing fury from her constituents.

On Monday, September 6, AOC refused to blame NYC Mayor Bill de Blasio (D) and other officials for the impact the storm had on the city. The congresswoman claimed they “needed more advance notice from the [National Weather Service].” However, the agency warned people on Wednesday that there would likely be “SIGNIFICANT AND LOCALLY LIFE-THREATENING FLASH FLOODING,” but officials largely ignored the agency.

Some of AOC’s constituents aren’t looking for excuses. One woman shouted at AOC, “How come you’re not in this community? You don’t give a Sh__!” Woodside, Queens resident David Luddy, 63, told the New York Post that officials did “absolutely nothing.” He said a neighbor yelled at him and told him water was rushing into their shared alley.

Eric Adams, the NYC Democratic candidate for mayor, blamed officials for the loss of life and property damage, saying “smart policy and planning” will protect the city from being caught “flat-footed” next time. And hopefully, that will save lives.