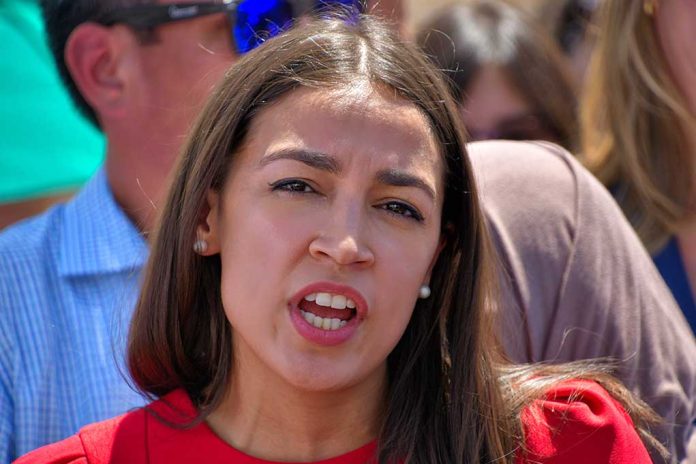 (NewsReady.com) – Progressive Representative Alexandria Ocasio-Cortez (D-NY) is one of the loudest voices in the anti-police movement. Recently, she caused anger after expressing doubts about smash-and-grab robberies striking businesses across the country.

In an interview with The Washington Times, the interviewer asked AOC about the organized robberies by mobs of people taking place in cities. The congresswoman asked for specific examples of smash-and-grabs because she claimed many of the “allegations of organized retail theft are not actually panning out.” Apparently, the leftist lawmaker hasn’t seen the multitude of videos playing on television screens across the country of these incidents. Ocasio-Cortez went on to say Walgreens made allegations of retail theft that weren’t backed up by data.

Jason Brewer, an executive at the Retail Industry Leaders Association, told the Times that AOC “has no idea what she is talking about.” That’s a common theme with the congresswoman. And of course, her Democratic colleagues aren’t pushing back on her claims. Neither California Gavin Newsom (D) nor Senator Dianne Feinstein responded to questions about AOC’s claims.

According to the National Retail Association, organized theft costs up to $1 billion each year.