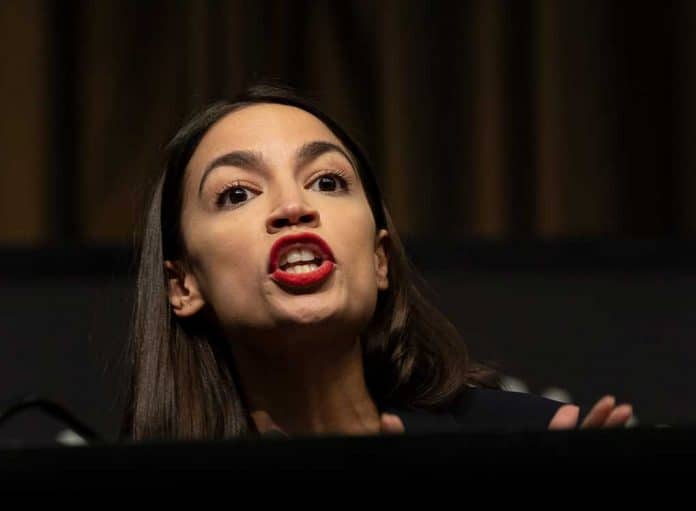 (NewsReady.com) – Rep. Alexandria Ocasio Cortez (D-NY) is not a supporter of law enforcement. She has repeatedly attacked the brave men and women who put their lives on the line every day. Recently, she did that again, and now she’s facing blowback for the utterly incomprehensible claims she made in a Zoom call with a colleague.

On June 27, during a meeting with Rep. Jamaal Bowman (D-NY), AOC agreed with him that the police should lose funding. She also claimed that discussions about the rising crime rates in American cities amounted to “hysteria,” saying those numbers had to be looked at in context. Fortunately, the internet is full of people who love to provide context to the claims AOC makes.

Tom Elliot, a political pundit, posted a screenshot of a segment on Fox News showing the increase in murders.

I was told by AOC that any attention to this is "hysteria."

Perhaps the hysteria is coming from the families of all of those murder victims. One tends to become hysterical when they lose someone they love. Of course, to understand that, AOC would have to get out of her Liberal bubble, face reality, and actually speak to those people. It doesn’t seem like she has plans to do that any time soon because, then, she would have to admit there’s a problem, and it doesn’t fit her narrative.