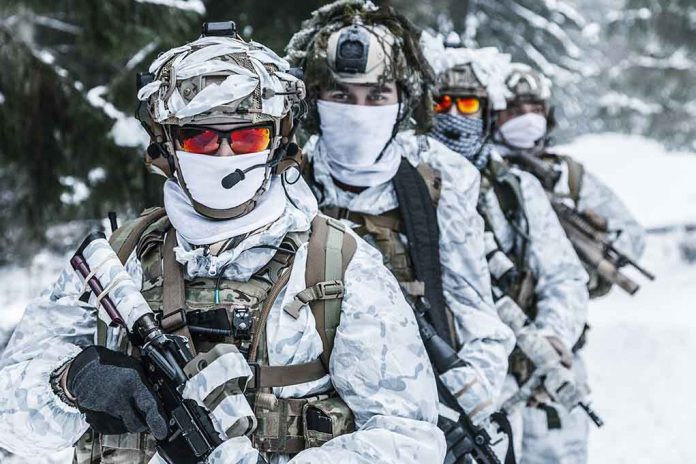 Troops on the MOVE – Something BIG Coming?

(NewsReady.com) – The Army might be making a huge change to Fort Wainwright in Fairbanks, Alaska: the reestablishment of the 11th Airborne Division. According to reports, the military is making the change in order to prepare the military for the possibility of a war fought in the Arctic. The US is reportedly trying to increase its preparedness to keep up with Russia and China, both of whom have trained in the Arctic region.

The 11th Airborne Division hasn’t been active since 1965. It was first established in 1943 during WWII and played a significant role in the war. In 1958, the division was deactivated for about five years, reactivating from 1963 to 1965 before the Pentagon deactivated it again. Now, it might be coming back.

According to an Army Times report, on May 5, Army Secretary Christine Wormuth told the Senate that the division, which was nicknamed “Angels,” might be reactivated. Speaking to Senator Dan Sullivan (R-AK), she said the military branch is looking at “reflagging the US Army Alaska headquarters as the 11th Airborne Division.”

What Does That Mean for Wainwright Troops?

The Army will also have to replace the Stryker vehicles, which are pretty old, with vehicles and equipment designed for Arctic warfare. The troops, who are already trained in cold-weather conditions, will conduct even more training exercises in the freezing temperatures.

Secretary Wormuth also said the change would be good for the morale of troops at Fort Wainwright. She told lawmakers many of them “don’t feel like they have a sense of identity or purpose” at the base. Now, they will all have a common identity. General James McConville told the Senate that the new identity of being the Army’s Arctic Angels might bring back the “history and heritage” that means so much to soldiers.

On May 10, Secretary Wormuth said a final decision would be made soon.