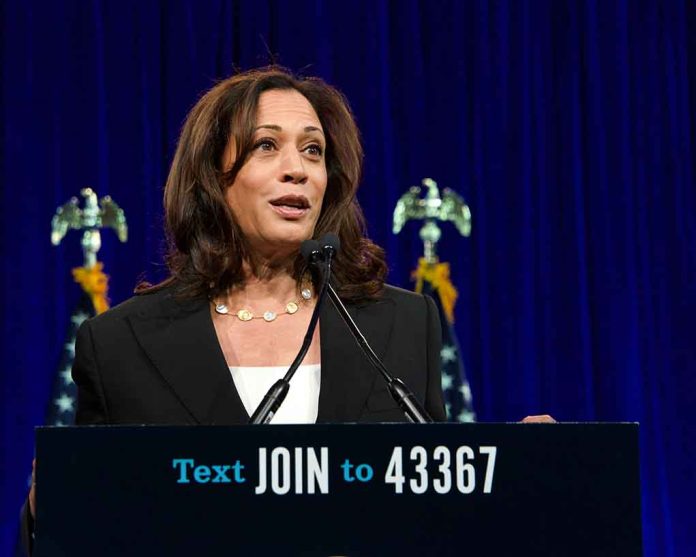 (NewsReady.com) – Military bases are among the most protected locations in the country. When the vice president or president visits one of those bases, the security is dramatically increased. However, two intruders were recently able to get onto Joint Base Andrews in Maryland.

On Sunday, March 6, the intruders entered the military base after Vice President Kamala Harris arrived back from an event in Selma, Alabama, to commemorate the anniversary of Bloody Sunday. They drove a stolen vehicle through a security checkpoint around 9 p.m. and ignored commands by guards to stop. Two people fled after barriers were deployed, stopping the vehicle.

According to officials, police arrested a 17-year-old male that night, who was carrying a firearm when authorities took him into custody. The other suspect escaped.

Joint Base Andrews in Maryland was put on lockdown on Sunday when two people bypassed a security checkpoint at about the time that Vice President Kamala Harris landed there, officials said.

One of the intruders, who was armed, was apprehended.https://t.co/k4wroiGjau

Prince George’s County police, DC police, Air Force personnel, and Maryland State Police responded to the breach. The next morning, the base reopened after authorities cleared it. Prince George’s police revealed the vehicle used was stolen during a carjacking last month.

According to the White House, Harris had been accompanied by four Cabinet secretaries at the time of the incident. HUD Secretary Marcia L. Fudge, EPA Administrator Michael Regan, Transportation Secretary Pete Buttigieg, and Education Secretary Miguel Cardona were all safely evacuated from the base. Harris left via Marine Two.

Authorities are investigating the breach, and it’s unclear what the suspects’ motives were. The second suspect is still on the loose as of Tuesday.