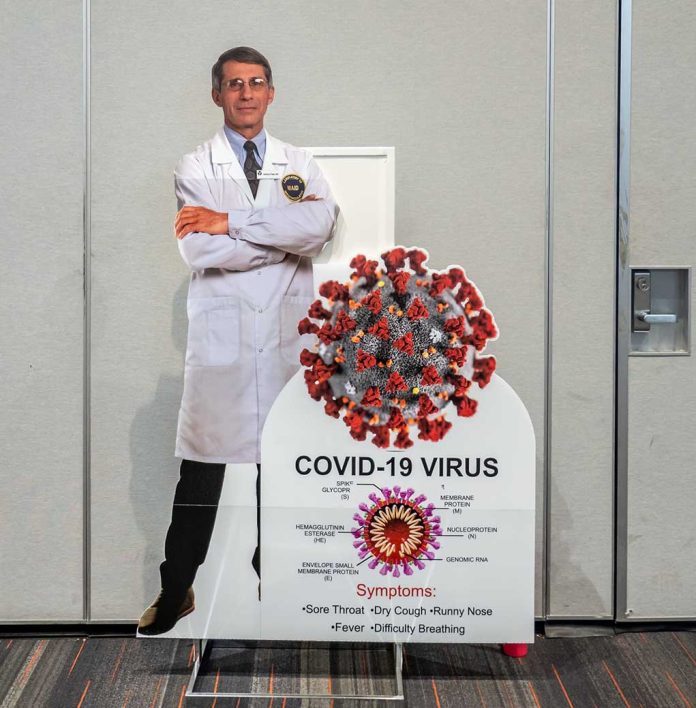 (NewsReady.com) – An influential Republican senator is calling for government disease expert Dr. Anthony Fauci to be fired over new revelations. In fact, some news is so bad, many people are even taking to social media to call for Fauci’s arrest.

In an October 24 interview, Senator Rand Paul (R-KY) discussed last week’s admission by the National Institutes of Health (NIH), Fauci’s employer, that the organization had funded experiments on making Chinese bat coronaviruses more effective at infecting humans. This follows long-standing denials that the NIH had supported this research. Now, Fauci is saying it’s irrelevant because it’s “molecularly impossible” for the viruses used in the experiments to be the source of COVID-19.

Meanwhile, Fauci is under fire for allegedly authorizing a series of cruel experiments on puppies, which were then killed once the experiments were completed. Representative Nancy Mace (R-SC) wrote to Fauci on October 22, along with a bipartisan group of 22 other representatives, to condemn the unnecessary research.

Yesterday, I sent a letter to Dr. Fauci regarding cruel, taxpayer-funded experiments on puppies; debarking before drugging and killing them. Thankful to my 23 democrat and republican colleagues who signed on. This is disgusting. What say you @NIH pic.twitter.com/c54SXipD9Q

Senator Paul says Fauci should be fired “for lack of judgment if nothing else,” but says he’ll be happy with a proper inquiry into the controversial “gain of function” research. Now, social media users are calling for his arrest on animal cruelty charges.