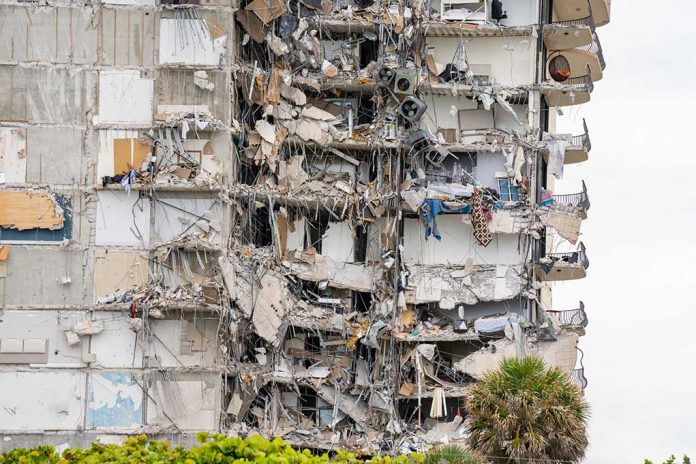 (NewsReady.com) – The search for human remains in the Surfside, Florida Champlain Towers South condo collapse is almost over. Workers have cleared out all of the debris from the site and the investigation into what went wrong is underway. The court system is also moving swiftly to provide compensation for the victims of the collapse.

On Wednesday, July 21, Miami-Dade Circuit Judge Michael Hanzman ruled the victims and families of the condo collapse would initially receive a minimum of $150 million. The amount includes money from insurance payouts and the expected sale of the oceanfront property where the building once stood. The judge said the money will help everyone who suffered, including homeowners, renters, and visitors.

The condo collapse killed at least 97 people. Miami-Dade Mayor Daniella Levine Cava said there’s still one potential victim that has not been identified, which would bring the number up to 98.

97 victims have been identified & 97 families notified. 242 people are accounted for and we believe there is one victim not yet identified.

May God watch over all those who mourn this enormous loss, & over our Surfside community.https://t.co/VHsmgkmLOE

There’s currently a debate about what should be done with the site. Some people want it to turn it into a memorial site. Raysa Rodriguez, who owned a condo on the ninth floor, said she can’t imagine ever going into a building erected on the site. “That’s a gravesite,” she told the judge. Others disagree and want the condo rebuilt so they can move back into their homes. The judge said whether a memorial is built or not, the general public will have to fund it, not the victims.

Hanzman’s ruling does not include money from the lawsuits filed over the collapse.