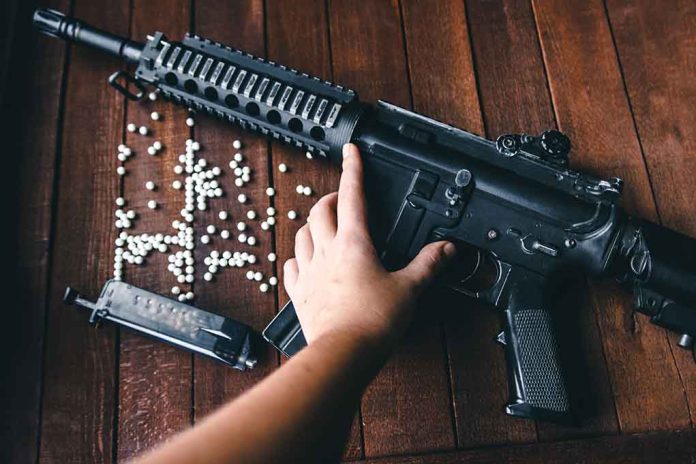 (NewsReady.com) – Millions of Americans own firearms to protect their families and properties. The Second Amendment is really the frontline defense for the people of this country. Unfortunately, two teenagers are now dead after finding that out the hard way.

On October 2, at about 2 p.m., two teens broke into a fenced-in yard in Northglenn, Colorado, and entered a garage-like structure attached to the home. One of the kids was armed with a semi-automatic handgun; the other teenager had a machete in his hand. At some point, the homeowner and teens got into a dispute, and gunfire was exchanged.

The homeowner managed to strike both teens, and they later died at a local hospital. The homeowner was not injured in the dispute. Officers responded to the scene after receiving a phone call about trespassers.

One of two juveniles shot dead in Northglenn was armed with a semi-automatic handgun when there was an exchange of gunfire with a resident. https://t.co/m4voYAtkA5

Christina Cordova spoke to 9 News and said one of the boys killed was her 16-year-old son, Ismael Cordova. She said her child “wasn’t a bad kid.” The grieving mother claimed he had just made a mistake, and it cost him his life.

Police officers later found items that were reportedly from a nearby burglary. An airsoft gun was among them, but police said it was not in any way involved in the shooting.

Police are asking anyone with information about the Northglenn shooting to contact Detective Jean Mahan at [email protected] or 303-450-8868.