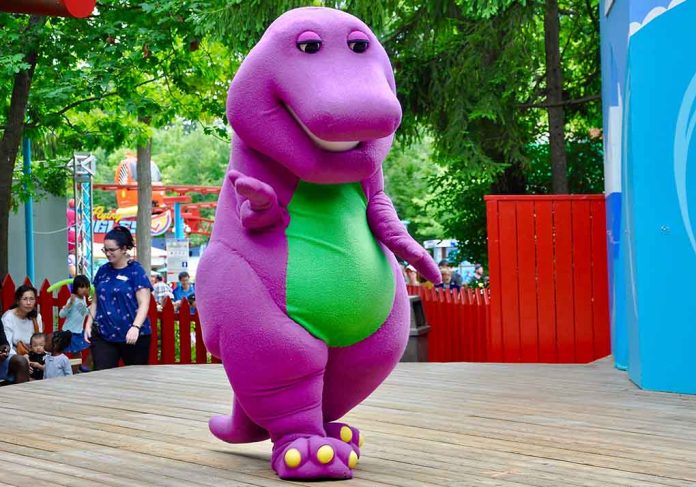 (NewsReady.com) – The children’s TV show “Barney & Friends” was supposed to be a happy, optimistic experience about friendship, inclusion, and how “we should love everyone.” Now, a documentary plans to show a very different side of the purple dinosaur’s story. Behind the scenes, the character’s 18-year run was marked by hatred, rumors, and even death threats.

A new 'Barney' docuseries will expose the dark side of the beloved kids show: Death threats, drug rumors and intense hatredhttps://t.co/DnQrJWPzfP pic.twitter.com/Doqj1A1zxE

On September 28, a trailer for the upcoming documentary “I Love You, You Hate Me” revealed the extreme reactions triggered by “Barney & Friends,” which ran on PBS from 1992 to 2010. Video clips showed soft toys of Barney being hit with hammers, cut up, or burned. What prompted this demented reaction to a mildly irritating (though good-natured) character in a show for kids?

Joel Chiodi, a key lead behind the documentary’s creation, says the anti-Barney rage was “the beginnings of modern-day hate culture,” and there was certainly plenty of hate on display.

Soon after the show was launched, wild rumors began to circulate. One stated Barney hid drugs in his tail. Former actor Bob West, one of the unlucky few who wore the Barney suit in the show, says he and his family received death threats.

“Barney & Friends” was never going to be everyone’s favorite piece of television. But, why did it trigger this level of fury, and does that say something about Barney, or something about us?

The documentary comes out on October 12. Will you be watching?