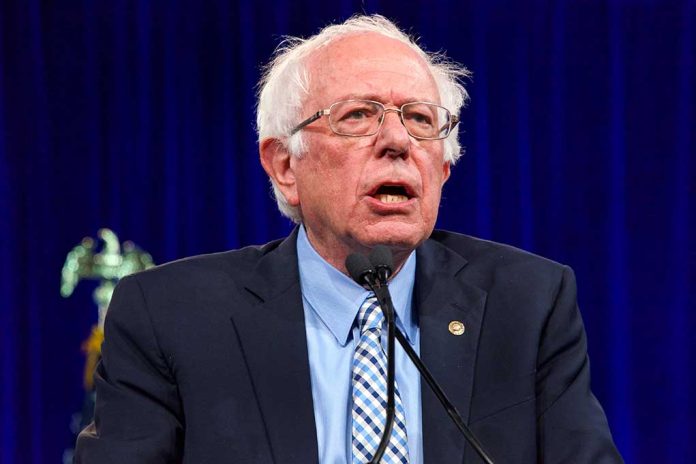 (NewsReady.com) – Saudi Arabia is one of America’s most important allies in the Middle East. However, the strategic relationship between the two countries is not without controversy. Recently, bipartisan lawmakers teamed up to try to stop an arms sale between the US and its ally.

Senator Rand Paul (R-KY) joined forces with Senators Mike Lee (R-UT) and Bernie Sanders (I-VT) to try to prevent a deal from happening. President Joe Biden’s administration is planning to sell $650 million worth of military weapons, including 280 air-to-air missiles, to the Middle Eastern nation. Paul’s resolution would’ve stopped the sale because of Saudi Arabia’s role in the civil war in Yemen.

During a passionate speech on the Senate floor, Paul said the weapons sale should not take place until Saudi Arabia “stop[s] starving the country of Yemen.” Sanders got up on the floor and agreed with Paul, even though he said it put him in a “somewhat uncomfortable and unusual position.”

Rand Paul: We should stop selling Saudi Arabia any weapons until they stop starving the country of Yemen
Bernie Sanders: I find myself in the somewhat uncomfortable and unusual position of agreeing with Senator Paul pic.twitter.com/tOuVylI9na

Sanders also thanks Senators Lee and Paul for working to reclaim Congress’ war powers from the White House. The independent senator has long objected to the way the legislative branch has allowed the executive branch to take much of its power.

After the floor speeches, the resolution was brought up for a vote, which failed 67-30.