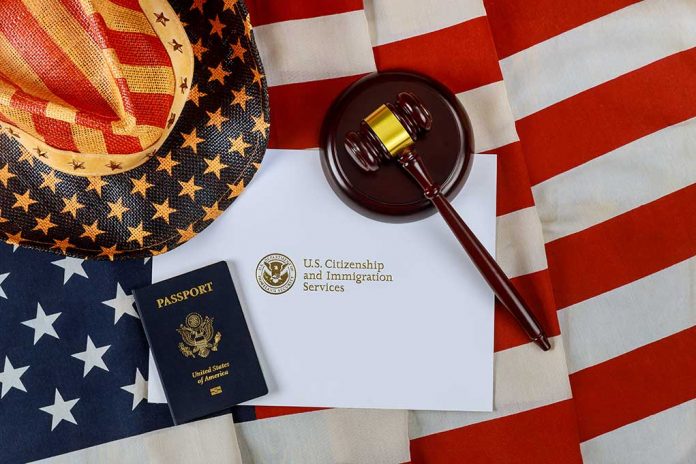 (NewsReady.com) – When Joe Biden was sworn into office, Texas officials warned him that the state would sue if he overstepped his boundaries. The new president did that almost immediately when he imposed a 100-day moratorium on most deportations on his first day in office: January 20. The Lone Star state kept its word and sued; now, a judge has issued a ruling in the case.

On Tuesday, January 26, US District Judge Drew Tipton issued a 14-day temporary restraining order preventing the Biden administration from imposing its ban on deportations. The Donald Trump-appointee said the new president hasn’t provided “any concrete, reasonable justification” for the moratorium.

Texas Attorney General Ken Paxton called the ruling a victory. He said the attempt to stop deportations was a “seditious left-wing insurrection” that his team stopped.

Texas is the FIRST state in the nation to bring a lawsuit against the Biden Admin.

Within 6 days of Biden’s inauguration, Texas has HALTED his illegal deportation freeze.

*This* was a seditious left-wing insurrection. And my team and I stopped it.

Texas deserves thanks for protecting the country from Biden’s order, but so does Tipton. If this is a window into the way all of former President Trump’s judicial appointees are going to rule, the country might actually get through the next four years relatively unscathed.