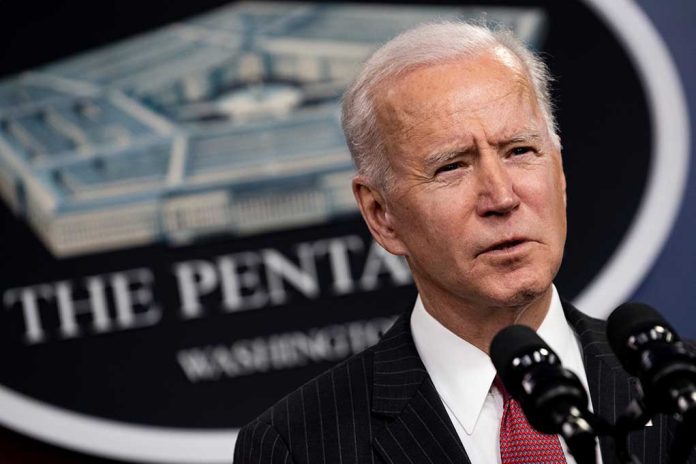 (NewsReady.com) – President Joe Biden is often referred to as a “human gaffe machine.” The 46th POTUS seems to constantly misspeak or make controversial comments. Recently, he did it again while discussing Vice President Kamala Harris.

On Tuesday, January 11, Biden gave a controversial speech about voting rights on the Clark Atlanta University and Morehouse campus in Georgia. During his remarks, he said that he and “President Harris” were at the US Capitol the week before to memorialize the January 6 event. He didn’t bother to correct himself.

Although he didn’t correct himself when he called his vice president the president, he did soften his language when he said “hell” and “damn” changing the words to “heck” and “darn.”

The speech in Georgia wasn’t the first time he’s called Harris the president. In December, Biden spoke at the South Carolina State University graduation when he referred to her as the POTUS. In March, he also called her the president during a speech at the White House about vaccines.

Biden has suffered from a stutter in the past, which could contribute to the gaffes. However, as president, it erodes the confidence the American people have in their commander-in-chief when he can’t even seem to get his VP’s title correct.