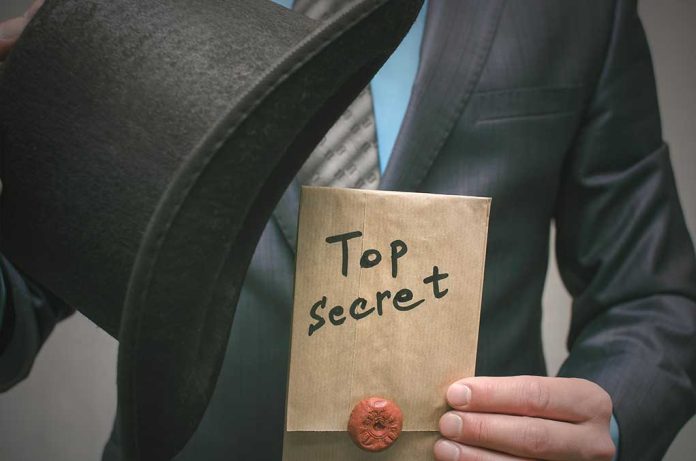 (NewsReady.com) – President Joe Biden spoke out against former POTUS Donald Trump after the FBI searched his Mar-a-Lago residence and found classified documents. In a September interview with “60 Minutes,” the commander-in-chief called his predecessor’s actions “irresponsible.” Those words have now come back to bite him.

Reports recently revealed classified documents were found in a closet at the Penn Biden Center in Washington, DC, where the president had an office after he served as vice president. The documents were discovered by his attorneys, and they immediately notified the White House Counsel. The attorneys for the government notified the National Archives and Records Administration and the Department of Justice (DOJ). Another batch of classified documents was also found in Biden’s Delaware home. It’s not clear what was contained in the papers he had in his possession.

Conservatives mocked the president when they learned about the scandal. Many of them asked whether the FBI was going to raid his house as it did with Trump.

Fox News reporter Peter Doocy confronted Biden at a press conference. He threw the president’s words about Trump back at him and asked, “What were you thinking?” The POTUS tried to deflect, making jokes about it instead.

Peter Doocy lights Joe Biden up over classified documents found in his garage “What were you thinking?” 😂😂😂 pic.twitter.com/duwR1slrQb

In response to the classified documents scandal, Attorney General Merrick Garland announced he named Robert Hur, the former US Attorney for the District of Maryland, as special counsel. Trump appointed the ex-federal prosecutor to the position while he was in office. Now, he’s employed at a law firm in the capital as a litigation partner. Garland had previously asked another Trump appointee, US Attorney John Lausch, to do an investigation. He reportedly recommended the AG name a special counsel.

ABC News published a statement by Hur where he promised to carry out the investigation “with fair, impartial, and dispassionate judgment.” The former prosecutor went on to say he will “follow the fact” and intends to “honor the trust” that was placed in him.