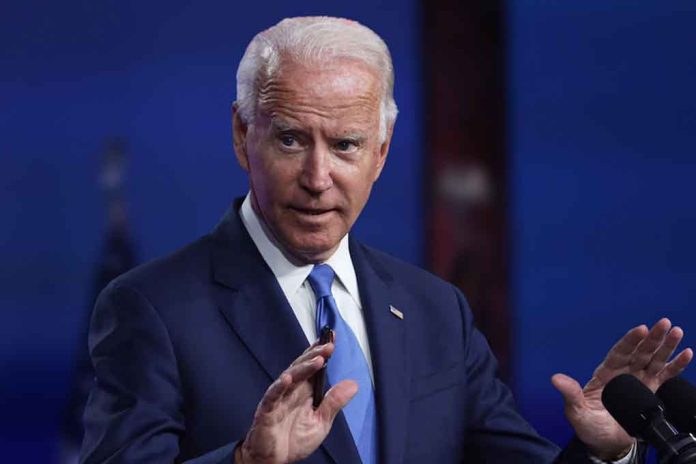 (NewsReady.com) – The formula crisis has thrown parents of infants and special-needs kids into a panic. Shelves of life-sustaining food are bare across the country. President Joe Biden held an emergency meeting with baby formula executives at the White House recently to discuss the problem and push Operation Fly Formula.

On June 1, Biden met virtually with executives from Gerber, Perrigo Company, Bubs Australia, Reckitt Benckiser Group, and ByHeart. During the meeting, he told the execs that the country needs “more new entrants in the infant formula market,” signaling that he believes the monopoly the companies have on the industry needs to come to an end. The crisis began after the FDA shut down an Abbott Nutrition plant in Michigan after a deadly bacteria and other violations were found at the facility.

President Biden told reporters in the room that he didn’t think “anyone anticipated” the impact that shutting down one single plant would have on the supply. A reporter mentioned the CEOs had just said they knew it would have a profound impact, to which he replied, “They did, but I didn’t.”

Reporter: Why didn't you move quicker on the baby formula shortage?

Biden: "I don't think anyone anticipated the impact of the shutdown of Abbott facility."

Reporter: "Didn't the CEOs just tell you they understood it would have a very big impact?"

The administration is now flying baby formula in from Europe. It will also allow the Abbott factory to reopen as long as it follows a stringent safety plan. The administration has predicted the crisis will improve dramatically in July, but until then, parents will continue searching for food to feed their babies.