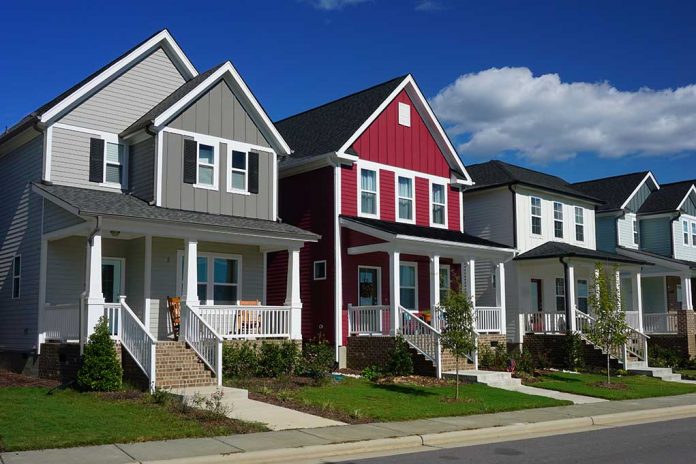 (NewsReady.com) – During the 2020 election, then-President Donald Trump warned Americans that the Democratic Party wanted to destroy the suburbs. He was referring to policies former President Barack Obama pushed (and Joe Biden supported) to build low-income housing in the suburbs. The 45th president was worried that Biden would revive those policies if he won the race for the Oval Office.

Mere months into the Biden administration he proved that’s exactly what he wanted to do.

In April, Biden put forward a massive infrastructure plan that included a call for cities to limit zoning for single-family homes so that low-income housing could be built. In the months since, he’s not given up on that goal.

The president wants to incentivize local governments to allow multi-family units for people with low incomes to be put up in suburban neighborhoods. That means an apartment building could go up on a lot that’s between two single-family homes.

On June 29, Breitbart reported the Democratic Party is also reviving its “HOMES Act” bill. This is legislation that would put the federal government in charge of zoning laws in cities in order to change demographics. It states that any locality that does not comply with federal zoning laws will have its funding, that currently pays for low-income housing that already exists, cut.

Additionally, the cities could be blocked from “receiving taxpayer-funded transportation grants of any kind if they refuse to allow highrise apartments throughout their high-density zoning in their suburbs.” Meaning they would not receive funding that helps pay for improvements to infrastructure.

The Left is hoping to get the bill passed as part of their larger infrastructure deal. Not the one that Republicans support, but the multi-trillion-dollar package that they want to shove through Congress by using budget reconciliation.

The Democratic Party has made it seem as though the Right opposes building low-income housing in the suburbs because they hate poor people. That could not be further from the truth. What they want to prevent is suburbs that turn into cities. The reason people move to those neighborhoods is to escape the hustle and bustle of big cities as well as the crime. It has to do with preserving a lifestyle that Americans have worked hard for. What’s wrong with that?