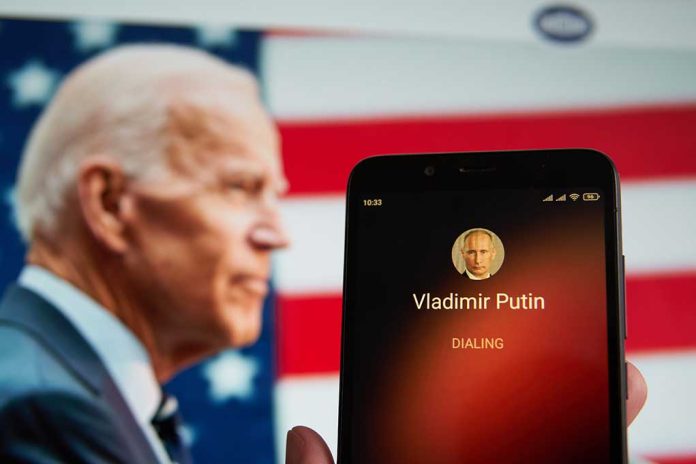 (NewsReady.com) – On Wednesday, January 26, the US and NATO formally responded to a list of demands Russia had made in December. In addition to the response, President Joe Biden indicated he’s open to punishing Russian President Vladimir Putin personally if he orders an invasion of Ukraine.

CNN’s chief White House correspondent Kaitlan Collins asked Biden if he would ever consider issuing personal sanctions against Putin. The president responded, “Yes.” In follow-up remarks, Biden said he made it clear to the Russian leader that if Putin took action against his neighbor, he would face “severe consequences,” including economic sanctions.

Question: Would you ever see yourself personally sanctioning Putin if he did invade Ukraine?
Biden: Yes pic.twitter.com/fGLbtc5xIL

Kremlin spokesman Dmitry Peskov told reporters that personal sanctions on Putin would be “politically destructive.” He pointed out that Russian leaders aren’t allowed to hold overseas assets, anyway. The Kremlin has previously threatened to sever diplomatic relations if personal sanctions are imposed.

The sanction drama came the same day NATO and the US rejected Putin’s demands to keep Ukraine out of the international alliance and withdraw all allied troops from countries that used to be part of the Soviet Union.

US Secretary of State Antony Blinken said the ball is now in Russia’s court. Putin will have to decide whether to continue diplomatically or start a war.