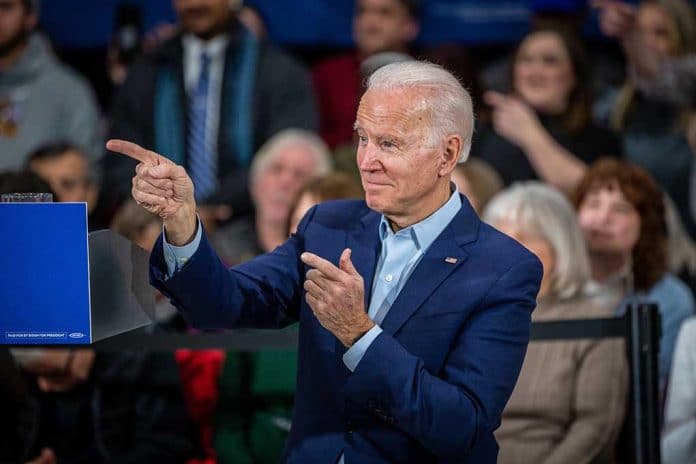 (NewsReady.com) – The Democratic and Republican Parties each hold 50 seats in the Senate, currently. That means neither party has enough to beat a filibuster’s 60-vote requirement. That’s why the Left is talking about reforming the filibuster. Although President Joe Biden seems open to it, one Republican is telling them to rethink their plan.

During an ABC interview that aired on March 17, Biden told George Stephanopoulos that he’s open to bringing back the talking filibuster. He explained if a lawmaker opposes a bill, they should have to “stand up and command the floor.” The person opposing legislation would be able to stop the bill from going to a vote as long as they were speaking, but a vote could be held as soon as they stopped.

EXCLUSIVE: @GStephanopoulos: "You're for bringing back the talking filibuster?"

Pres. Biden: "I am. That's what it was supposed to be…Democracy's having a hard time functioning." https://t.co/DeGk3soQJ4 pic.twitter.com/mS63KN3pYt

Senate Minority Leader Mitch McConnell (R-KY) said there would be a “pileup” in the senate if that happened. He also vowed a “scorched Earth” if Democrats end the filibuster. The comment was taken by pundits to mean he would stand in the way of normal senate business by refusing to give consent. He said the partisanship during former President Barack Obama’s years will look like “child’s play” if the Left persists. And, if his record is any indication of his seriousness, the Left would be smart to heed his advice.