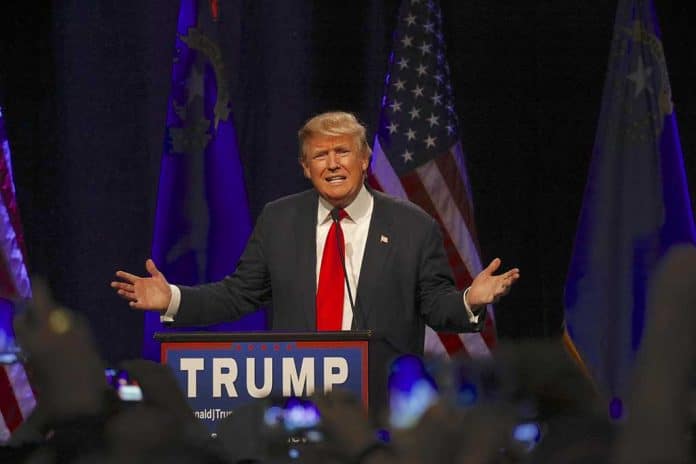 (NewsReady.com) – The viciousness of left-wing Twitter pile-ons has been legendary for years. Now, President Donald Trump is falling victim to the same thing, though on a much larger scale. Since late last week, major tech companies have been trying to silence and isolate him.

Last Wednesday, January 6, Twitter imposed a 12-hour ban on President Trump’s account – a ban that was quickly made permanent following lobbying by Michelle Obama. Mark Zuckerberg banned the president from his Facebook and Instagram sites on Thursday. Over the weekend, other tech companies jumped on the bandwagon, with payment processor Stripe and retail service Shopify also blacklisting businesses linked to the president.

Twitter stock tumbles 10% after Trump is permanently banned from the platform https://t.co/smTKnoKNZT

Twitter is now going further; in addition to locking Trump’s personal account, they’ve also started deleting tweets from the government’s official @POTUS account. The big tech companies have spent years arguing they’re not responsible for what people publish on their sites. The reality is these companies decide what gets said on their platforms – and they’ve decided the president of the USA shouldn’t be allowed a voice.