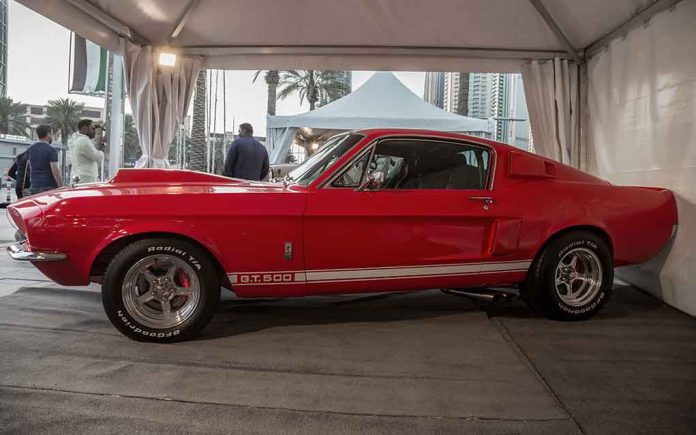 (NewsReady.com) – A Michigan teen led cops on an incredible chase last week after three Mustangs were stolen from a Ford factory. Police were already investigating a series of thefts from the plant, but they weren’t expecting a freeway chase followed by a death-defying escape on foot.

A teenage boy was arrested Wednesday after driving a stolen Ford Mustang and then jumping from an I-75 overpass when it ran out of gas. https://t.co/Qbz4s44UE4

Around 7 p.m. on October 12, Ford’s Flat Rock Assembly Plant, near Detroit, MI, told Woodhaven Police Department that three Mustang Shelby GT500s had been stolen from the plant. Four went missing the day before, and 12 in September, convincing cops that an organized car theft ring was targeting the factory.

When police in nearby Brownstown saw the missing cars heading northbound on I-75, they saw a chance to catch the gang — but the high-performance Mustangs raced away with the cops in hot pursuit.

Two drivers in the stolen cars managed to escape, but the third ran out of gas in southwest Detroit. The driver tried to evade arrest by jumping off the Rouge River Bridge, falling over 25 feet — and when the cops reached him, he turned out to be just 14 years old.

The teen suspect, who suffered serious injuries in the fall, was in critical but stable condition on Thursday. Police say he “has a history of related incidents.” Now, cops want to know what Ford is doing to prevent thefts. Brownstown PD Chief Jeff Watson said that even if they’re not pursued, the thieves drive recklessly and often run red lights, saying, “They can kill people.” Luckily, this time they didn’t, but it’s only a matter of time.