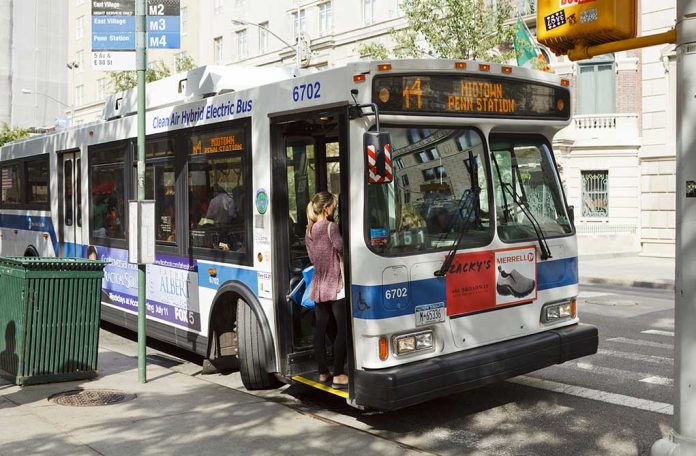 (NewsReady.com) – Cannabis-infused edibles are easy to find as marijuana legalization spreads across the US. One of the issues with the gummies is that they often look exactly like regular gummies a child might eat. A bus driver is in trouble in Connecticut for allegedly getting the two mixed up and putting people in danger.

Tuesday, June 14, commercial bus driver Jinhuan Chen appeared in Bridgeport Superior Court after police arrested him in his Boston home. Prosecutors charged him with 38 counts of reckless endangerment in an incident that happened months ago.

In March, Chen was driving a commercial bus along I-95 in Stratford when he had to pull over. After stopping on the side of the road, Chen passed out.

Police: Bus driver ate pot gummies, passed out on I-95 in Stratford https://t.co/EzMn72QFz0

Law enforcement officers found him like that and saw a bag of fruit chews next him. The gummies were called “Smokies Edibles Cannabis-Infused Fruit Chews”. Toxicology reports later revealed a high level of THC in his body.

According to Hearst Connecticut Media, Chen spoke to the judge through an interpreter and said he had no idea the gummies had marijuana in them. His manager at Go Go Sun Tour, where he has worked for 10 years, is standing by him. Victor Chen told the newspaper that the defendant doesn’t smoke or drink, but he “has a sweet tooth and likes candy.” He went on to say the incident wouldn’t have happened years ago, but “now there’s marijuana everywhere.”