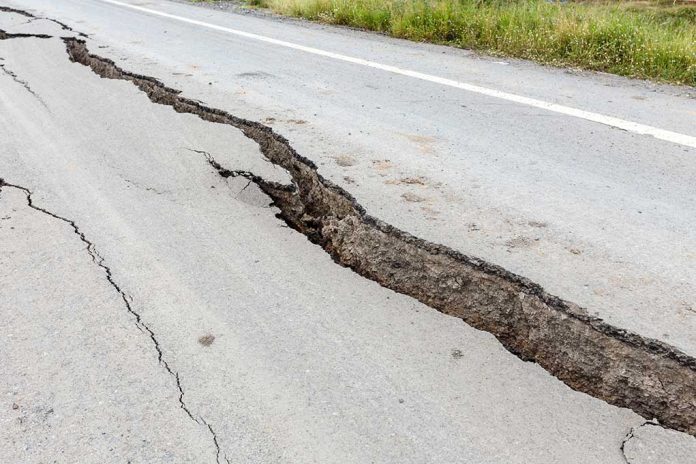 On December 20, a 6.4-magnitude quake hit the Ferndale area in northern California. The US Geological Survey (USGS) announced the event occurred at 2:34 a.m. about 60 miles south of Oregon’s border. It caused widespread damage to homes and roads and resulted in power outages in Humboldt County. Two people died from medical emergencies in the wake of the event. Another 11 reported injuries in the immediate aftermath of the quake.

Almost two weeks after the earthquake, aftershocks were still being felt in the area. In fact, on New Year’s Day, there was another 5.4-magnitude earthquake. The Weather Channel reported the latest event was an aftershock of the larger December earthquake.

The latest quake took place at 10:35 a.m. and hit the same county. It further damaged roads and structures, causing more headaches for residents in the area who were already dealing with the fallout from the December event. Rio Dell Mayor Debra Garnes told The New York Times how people are tired but are still helping their neighbors. She explained the day was beautiful, and nothing seemed amiss; suddenly, “just when you think you’re in recovery, it’s back to response” mode. Some residents reported there was more damage this time around, even though the quake was smaller. Also, it seemed to be more spread out.

– Some structures have been damaged in Rio Dell.
– The City is conducting tests of the water system.
– Fernbridge is currently closed. Caltrans is inspecting the span now.
– State and local authorities coordinating.

There were no reports of deaths after the most recent event. USGS Geophysicist Rafael Abreu Paris told the Times there is a possibility that there will be more aftershocks.