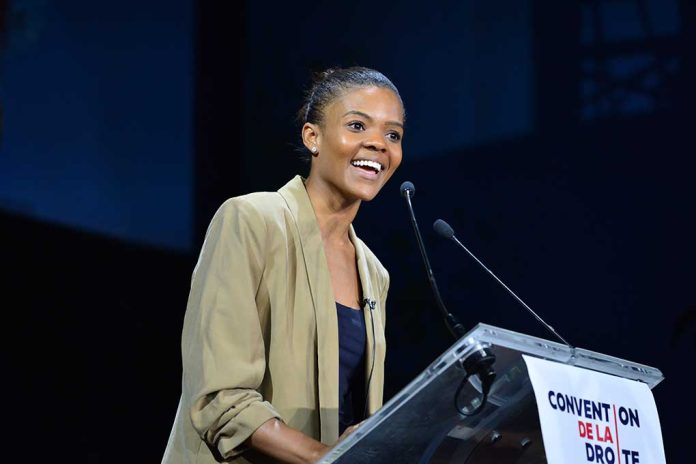 (NewsReady.com) – Conservative commentator Candace Owens is not the kind of woman who keeps her mouth shut when she believes strongly in an issue. That became abundantly clear when she responded to something comedian Amy Schumer said after the Supreme Court (SCOTUS) reversed the Roe v. Wade precedent, rolling back federal protections for abortion rights.

On June 24, Owens posted a video on Instagram after the ruling was handed down by the court. In the caption of the video, she accused “hyper-privileged liberals” of wanting “black people to protest on their behalf.” However, she said it wasn’t going to happen. The conservative pundit, who is currently on maternity leave, told her followers she was so annoyed about comments comedian Amy Schumer made earlier in the day that she had to speak up.

Owens slammed Schumer for saying the justices shouldn’t determine what rights Americans have based on “the intentions of a bunch of slave-owning rapists” who died “hundreds of years” ago. The conservative said Senate Majority Leader Chuck Schumer’s (D-NY) cousin was trying to “harness black pain to get what she wants.”

Owens went on to give her followers a history lesson about Planned Parenthood’s founder Margaret Sanger, who believed in eugenics and has been accused of racism. She went on to call Schumer’s opinions “kooky” and “borderlines on mental illness.” Further, she said pro-choice Americans who say men shouldn’t have a say in what happens to their bodies should celebrate the reversal of federal abortion rights because a woman was involved in the decision this time, unlike when Roe was decided in 1973.

What do you think? Do you agree with Owens?