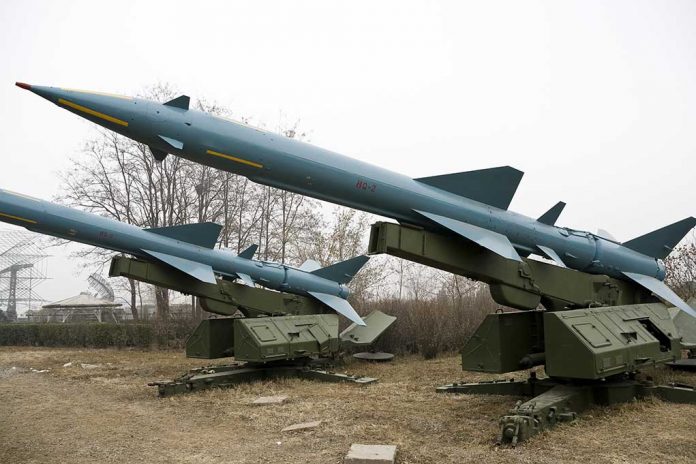 (NewsReady.com) – The Chinese government has spent years expanding its influence around the world. It’s been a major concern of the US. Now, the country is reportedly expanding its nuclear capabilities and experts are sounding the alarm.

According to a July report by the Federation of American Scientists (FAS), the Chinese government is constructing a second nuclear missile silo field. The communist nation is building about 250 new silos and underground facilities for launching ICBMs. Satellite images show more than 100 of the new builds are in the far-western Xinjiang region. FAS found it’s the “most significant expansion of the Chinese nuclear arsenal ever.”

When the report was released, US Strategic Command confirmed it’s a major concern.

This is the second time in two months the public has discovered what we have been saying all along about the growing threat the world faces and the veil of secrecy that surrounds it.https://t.co/OTFkP14H5o

The expansion of China’s nuclear program comes at an especially concerning time. The Chinese Communist Party has recently issued a number of threats against Taiwan, indicating it might even try to invade the island to “unite” it.

Rick Fisher, a senior fellow at the International Assessment and Strategy Center, said the Chinese could have a “warhead inventory of over 3,000” soon. He said the country is “beginning a sprint to nuclear warhead superiority.” As China’s nuclear arsenal grows, so too does its ability to bully other nations – including the United States.