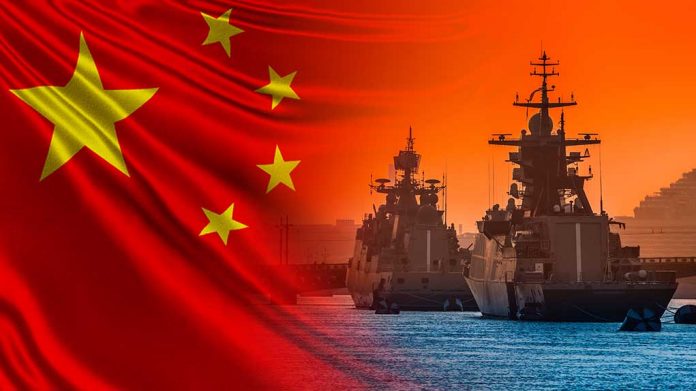 (NewsReady.com) – On March 23, Commander of the US Pacific Fleet Admiral John Aquilino told lawmakers there’s a possibility that China could invade Taiwan sooner than we think. That makes recent news about the Chinese Navy all the more disturbing.

The Chinese government is reportedly sinking money into its military to expand its strength. On March 20, the Japan Times reported three of the Chinese Navy’s vessels, including a large destroyer, were in the waters near Japan.

That was the first time the Japanese have spotted a large Chinese missile destroyer near its waters. In 2020, the Pentagon reported China has the world’s largest Navy. The country has also been expanding its bases near the South China Sea.

The expansion of the Chinese military, coupled with the uptick in hostility toward other countries, including Taiwan, is very concerning. It’s unclear how President Joe Biden plans to respond to the problem.