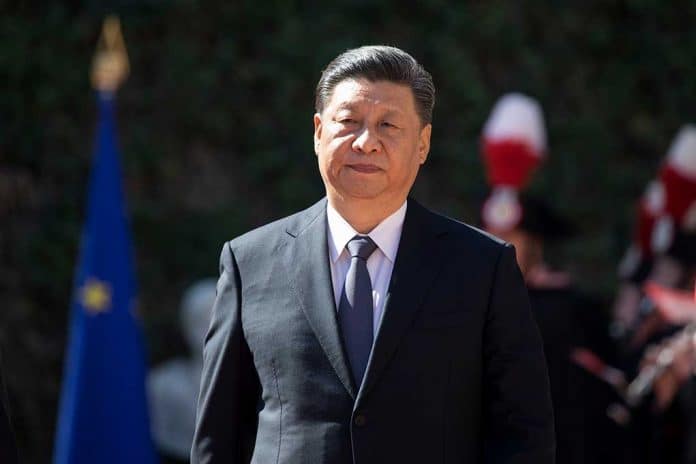 (NewsReady.com) – On Thursday, July 1, Chinese President Xi Jinping delivered an hour-long speech to mark the 100th anniversary of the Chinese Communist Party (CCP). He warned other countries that if they try to bully his country, they will “face broken heads and bloodshed.” Observers noted something else about the speech: he was trying to mimic Mao Zedong.

A video of the event shows Xi wearing a gray suit like Mao, the founder of Communist China used to wear. He also spoke from the balcony above Tiananmen Gate when the former ruler declared the beginning of communist rule in 1949. So, why is that so disturbing? Mao was a mass murderer.

China will not be 'oppressed', Xi Jinping warns in 100th anniversary speech https://t.co/aoB9mEvZHY

Mao is known as the “biggest mass murderer in the history of the world.” That’s right, he murdered more people than Adolf Hitler and Joseph Stalin. According to a 2016 article in the Washington Post, Mao’s Great Leap Forward policy led to the deaths of upwards of 45 million people. To put that into context, that’s more than the populations of Texas, Arizona, Louisiana, and Mississippi combined.

XI already stands accused of horrific acts of genocide. He’s reportedly allowed the imprisonment of millions of Uyghurs in his country. What does he plan to do next?