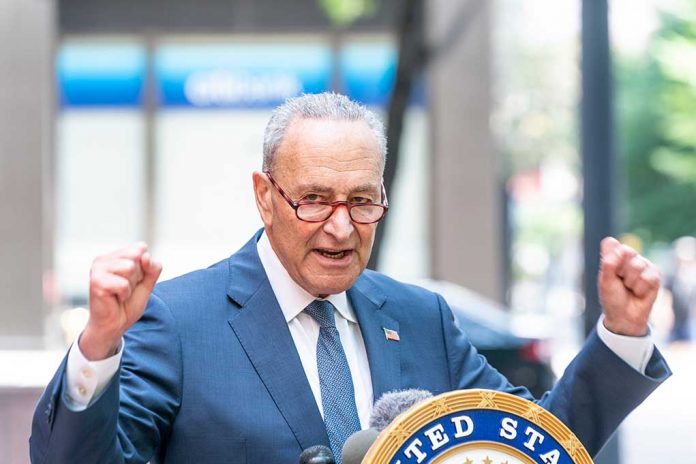 (NewsReady.com) – In April, the Senate parliamentarian cleared the way for Democrats to use budget reconciliation three more times before the 2022 midterms. That’s a Senate tool that allows lawmakers to pass budget-related legislation with a simple majority. It seems Senate Majority Leader Chuck Schumer (D-NY) is now trying to find a way to use it to ram immigration reform through.

According to a May 3 report by the New York Times, Schumer is hoping to use reconciliation to grant citizenship to millions of immigrants. The paper alleges the senator recently told members of the Congressional Hispanic Caucus that he’s “actively exploring” options to attach immigration reform to President Joe Biden’s infrastructure plan if bipartisan talks fail. Democrats hope to give citizenship to around 8 million migrants, including DACA recipients.

Senator Chuck Schumer, Democrat of New York and the majority leader, is quietly considering trying to use a fast-track budget maneuver to legalize millions of undocumented immigrants should bipartisan talks on providing a pathway to citizenship fall apart. https://t.co/wD0oCnEY0Y

Currently, 15 senators are in discussion about a possible bipartisan plan to grant some immigrants a pathway to citizenship. Some Republicans want the Biden administration to solve the crisis on the border before they tackle another issue. Senator John Cornyn (R-TX) said he thinks the Left “is dreaming” if they think that scheme will fly. Schumer has not commented on the reports.