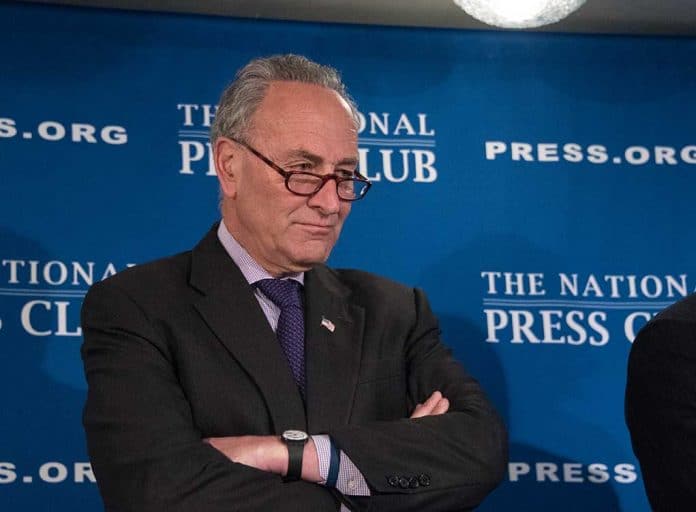 (NewsReady.com) – President Joe Biden has finally come up with a nominee too toxic even for some Democrats. Now, Senate Majority Leader Chuck Schumer (D-NY) is desperately trying to persuade Republican lawmakers to turn their coats. If he fails, it’s going to be a serious embarrassment for the Democrat leadership, right up to Biden himself.

On November 30, 2020, Joe Biden announced plans to make Neera Tanden, a political consultant and ally to Hillary Clinton, director of the White House’s Office of Management and Budget (OMB). Biden’s problem is that she needs to be approved by at least 50 senators for the nomination to go through – and Tanden has made plenty of enemies on both sides of the aisle. All 50 Republicans are likely to vote against her, and Senator Joe Manchin (D-WV) says he’ll oppose her nomination too.

Biden and Senate Majority Leader Chuck Schumer "are going to keep moving forward and basically look for votes" to confirm Neera Tanden as the director of the Office of Management and Budget, Sen. Klobuchar says after Sens. Manchin and Collins said they won't vote to confirm pic.twitter.com/mNRuSlfUTL

Tanden has a reputation for attacking senators on both sides of the aisle. Her previous targets include Senators Mitch McConnell (R-KY), Susan Collins (R-ME) and Bernie Sanders (D-VT). Senator Manchin says her confirmation would have a “toxic and detrimental impact” on the business of the Senate, and is refusing to vote for her. This means Schumer has to get at least one Republican vote to force a tie, which Vice President Harris can then break.

Schumer is facing an uphill struggle, though and it’s unclear how it’ll turn out.