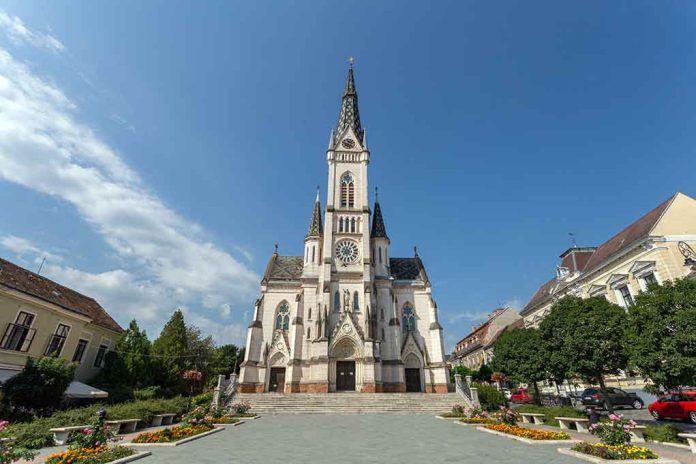 (NewsReady.com) – The Church of England has sparked outrage among many of its followers after woke commissioners announced a $121 million fund to “address past wrongs” connected to slavery. The move follows an internal investigation last year that found “historic links” between slavery and the church’s funding.

The Church Commissioners for England has published it's full report into historic links to transatlantic chattel slavery, and announced a new funding commitment of £100m in response to the findings.

On January 10, the Church Commissioners, a registered charity that manages the Church of England’s assets, released a report looking into the historic sources of church funding and any possible connection to the slave trade. It had to go back to the 18th century, but finally managed to find something to feel guilty about.

The report reveals that between 1723 and 1831, one of the commissioners’ predecessors, Queen Anne’s Bounty, had invested in the South Sea Company. During that period, the South Sea Company held the exclusive right to transport slaves from Africa to South America, although it only took part in the trade from 1714 to 1739. Even then, it only did so reluctantly, under pressure from the Spanish government, which wanted slaves for its South American colonies in exchange for allowing British merchants to trade with those colonies. Most of the church’s investment in the company took place after 1739, peaking in 1777.

Now, the Church Commissioners are creating a fund worth £100 million ($121 million) to atone for this tenuous link to a past evil. The money will be spent on supporting “communities affected by historic slavery” and funding research to dig up more obscure connections to the slave trade.

Meanwhile, historic churches across the UK are falling apart from lack of maintenance, and the Church of England is firing clergy. Worshippers and vicars are now criticizing their leadership for finding money to spend on woke posturing when it can’t afford to repair churches. The Archbishop of Canterbury, the church’s senior clergyman, has defended the new fund and says it’s “time to take action to address our shameful past.” The grassroots of his church want to spend the money addressing the present. Yet again, conflict is breaking out in the wake of woke.