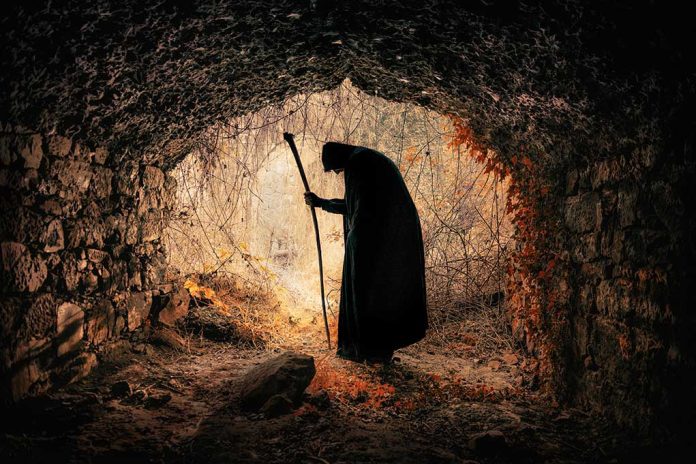 (NewsReady.com) – The Wizard of Oz was the first time many people ever heard the term wizard. The 1900 book by L. Frank Baum and 1939 American adaptation of the book were wildly successful. In the 2000s, another magical series hit shelves across the world: Harry Potter.

J.K. Rowling’s Harry Potter series is the best-selling book franchise of all time. The novels made kids around the world fall in love with magic. It was such a popular series there are Harry Potter theme parks in the US.

Although those books and movies made wizardry popular, a New Zealand town had one up on everyone: it had its very own wizard. Had … being the operative word.

In 1974, Ian Brackenbury Channell, known as The Wizard, relocated from Australia to Christchurch, New Zealand. He started standing on a ladder in the Cathedral Square, in the town. At first, the city council was appalled. They tried to have him arrested. But Channell, who would dress up as a false prophet of the Church of England or put on a pointy wizard hat, became incredibly popular. Eventually, the city gave up and made the square a public speaking area.

Then, in 1982, the New Zealand Art Gallery Directors Association called him a living work of art. In 1990, Mike Moore, the prime minister at the time, wrote to Channell and asked him to become the Wizard of New Zealand.

In 1998, Christchurch City Council put him on the payroll and he started earning money for his role. He earned $16,000 NZ per year to “provide acts of wizardry and other wizard-like services – as part of promotional work for the city of Christchurch.” He has performed during the most extreme times and he was also awarded the Queen’s Service Medal in the 2009 Queen’s Birthday Honours.

Sadly, all good things must come to an end. Christchurch has parted ways with The Wizard. Lynn McClelland, the council’s assistant chief executive, announced the end of the contract. She said he will receive his final payment in December and didn’t express any malice.

However, there’s speculation that the 88-year-old wizard lost his job because of jokes he’d made about women. In April, he’d said he loved women, but they bruise too easily. He explained he never hit one and advised men against doing it as well because they’d tell their friends and get the man into trouble.

The Wizard said the city didn’t think he fit “the vibe” anymore because they are “old bureaucrats and everyone likes me and no one likes them.” He promised to stick around town, much to the residents’ delight.