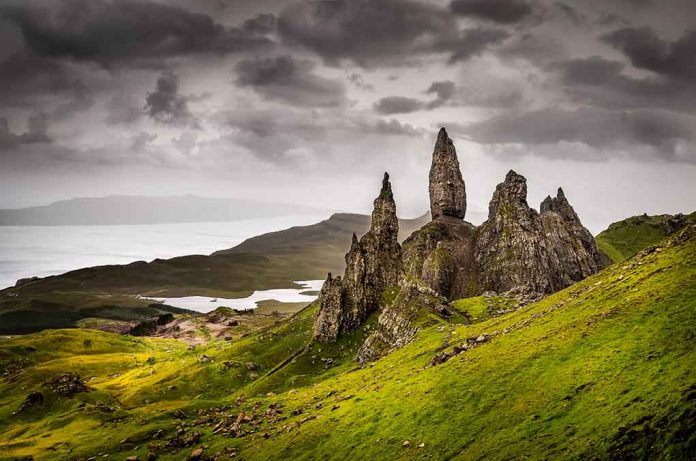 (NewsReady.com) – Is there life beyond Earth? Scientists and ordinary people alike have been asking this question for decades, perhaps centuries. The US military has finally admitted there are sightings of objects it cannot explain. It turns out Americans aren’t the only people who have taken videos or snapped photos of the unexplained.

For more than 30 years, the clearest photo ever taken of an alleged UFO has been missing. On August 4, 1990, two hikers near the town of Calvine, Scotland, snapped a series of six photographs of a diamond-shaped object in the sky with a fighter jet behind it.

The hikers took one of the pictures to Scotland’s Daily Record newspaper to have it published, but the journalists gave it to the British Ministry of Defence instead. The government agency refused to let the public view it and instead kept it secret. The picture, known as the “Calvine photo,” considered the clearest image of a UFO, has now been made public after 13 years of research by British journalist David Clarke.

The names of the hikers who took the photos are still unknown. Clarke, who has been employed by The National Archives in Britain, got in contact with Royal Air Force press officer Craig Lindsay, who had a copy of the image. The officer agreed to hand it over to a UFO campaign that then made it public.

What do you think is in the photo? Is it a picture of some kind of military test from the ‘90s, or a legitimate UFO sighting?