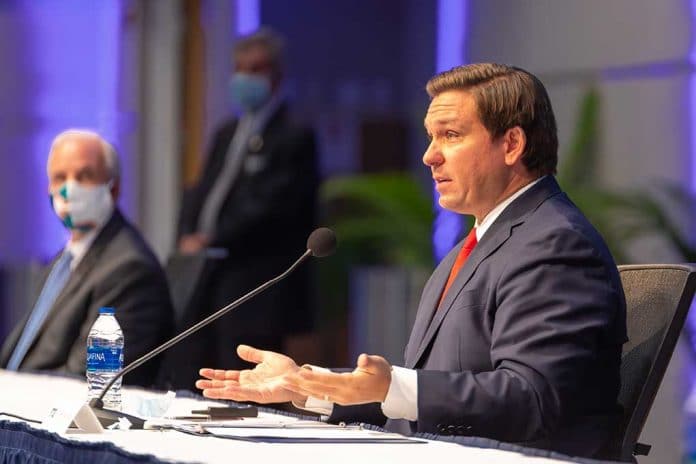 (NewsReady.com) – Democrats around the country mocked Florida Governor Ron DeSantis’ (R) decision to largely keep his state open during the pandemic. Joe Biden even called the governor “irresponsible” during the presidential race. However, a CNN commentator recently admitted they may have judged him too harshly.

On March 17, Chief National Affairs Correspondent Jeff Zeleny said, “Florida is booming” a year after the pandemic began. He described DeSantis as “standing unabashedly tall” among his fellow governors. As other states suffer high unemployment, closed schools, and other consequences, the southern governor’s approach is paying off with low unemployment and a relatively decent economy.

After a year of criticism by health experts, mockery from comedians and blistering critiques from political rivals, Florida Gov. Ron DeSantis is standing unabashedly tall among the nation’s governors on the front lines of the coronavirus fight. https://t.co/wRuq0Y9yK8

While the Sunshine State is almost back to normal, residents of liberal states are still dealing with restrictions. As a result, millions of people are still struggling. Parents are having a hard time going back to work because schools are still closed and many workers remain unemployed. Much of that could’ve been avoided had progressive governors followed DeSantis’ lead.