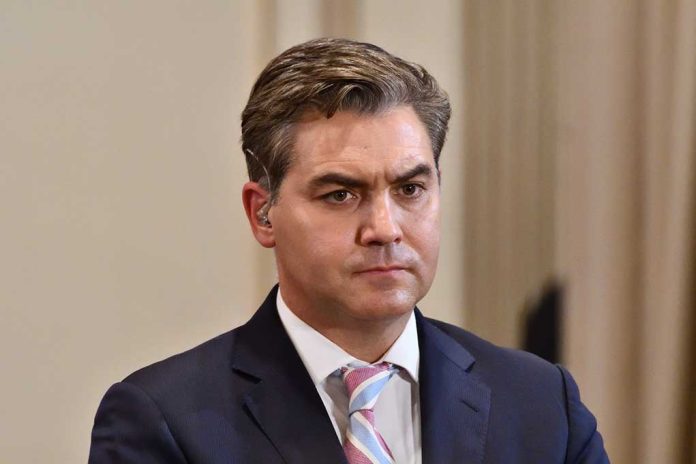 (NewsReady.com) – Can anyone guess what the Aztecs, ancient Sparta and the US have in common? Would you guess it’s that we all practiced human sacrifice? No, we wouldn’t have guessed that either, but it’s what one of CNN’s guests claimed on Sunday, January 30 – and host Jim Acosta agreed with him.

On January 30, Acosta invited an ultra-liberal author onto his weekend chat show. Kurt Andersen’s new book Evil Geniuses: The Unmaking of America is winning praise from the radical Left, but going on what Andersen told Acosta, it’s hard to say why because it’s basically nonsense on stilts.

Prompted by Acosta, Andersen claimed that former President Donald Trump – who launched Operation Warp Speed to make COVID-19 vaccines available to the American people as fast as possible – led an “organized political resistance to vaccination.” That’s absurd enough, but he went on to compare it to the sort of mass human sacrifice carried out by some ancient civilizations. Andersen cited a Trump supporter who told him “if I die, I die” as evidence that some people are volunteering to be sacrifices. A skeptic might think Andersen is reading way too much into a five-word comment, but Acosta seemed to lap it up, nodding along enthusiastically as Andersen expounded his theories.

Andersen went on to claim that Republicans “eliminating all gun regulation” was another example of human sacrifice. It seemed inevitable he was going to shoehorn that in somehow.