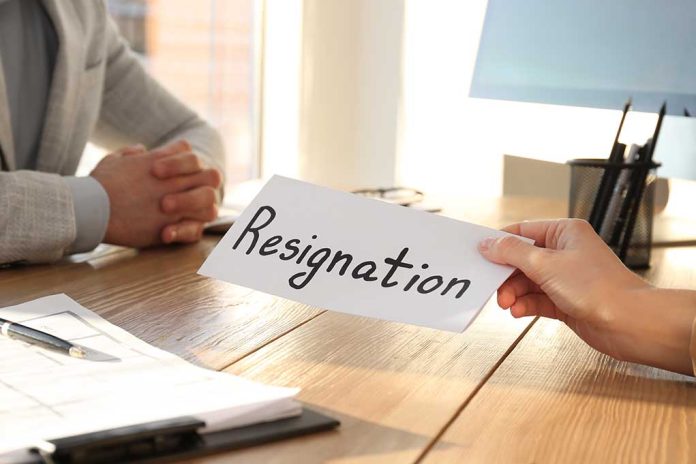 (NewsReady.com) – In March 2021, Nicolette Davis, a former lobbyist, accused Rep. Tom Reed (R-NY) of sexual harassment. More than a year after the allegation was made, the congressman has taken a major step.

On Tuesday, May 10, Reed resigned from office during a speech on the House floor. He said that after 12 years in office, he was leaving at the end of the day. Reed told his colleagues that it was “an honor to serve” with all of them, even Democrats. He did not give a reason for his resignation during the speech, but did say he hopes to continue working on important issues that have an impact on people.

The former congressman’s resignation came as somewhat of a shock. After Davis’ allegations in 2021, Reed apologized to her. However, he said that the first time he’d heard about the sexual harassment that took place was when the alleged victim told the Washington Post about it. In his apology, he said he would not run for reelection in 2022. He claimed the incident took place at a time when he was “struggling.”

Reed still had about eight months left in his term. On his way out the door, he reminded lawmakers of the words of the late President Abraham Lincoln: “A house divided cannot stand,” but he added a “house united will not fail.”