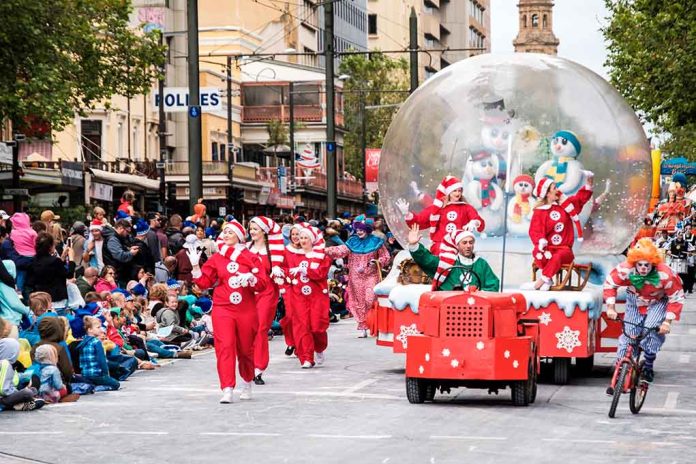 (NewsReady.com) – Boat parades during the holiday season are very popular around the country in towns and cities with bodies of water. Some participants take these parades as seriously as others do when decorating their homes. A man in Yorktown, VA, used his Christmas boat event as an opportunity to speak his mind and won the top prize at the parade — but then, organizers stripped him of his title.

On December 3, Bill Berger decorated his 50-foot boat named “Southern Rock” with Christmas lights. He had a Christmas tree, lights around the railings, and a sign that said “FJB, Let’s go Brandon,” The anti-President Joe Biden light enthusiast went on to win the competition.

Capt. Bill Berger won with his "Let's Go Brandon"-themed boat over the weekend in Yorktown. "Let's Go Brandon" and "FJB," both of which appeared on the boat in lights, are phrases used to criticize President Joe Biden. https://t.co/K40y8XY3eB

Meanwhile, some of the parade-goers onshore were angry about Berger’s display. It didn’t matter; he won the contest.

Berger’s win caused outrage. Instead of behaving like adults and leaving the anger at the parade, residents of the town called the parade’s parent organization: the Yorktown Foundation. The nonprofit then disqualified Berger, retroactively stripping him of his title.

The Yorktown Foundation is banning political sentiments from future parades. That’s fine, but at the time Berger won there wasn’t a ban. So why was he stripped of his title if he followed the rules? The Woke Mob struck again, that’s why.