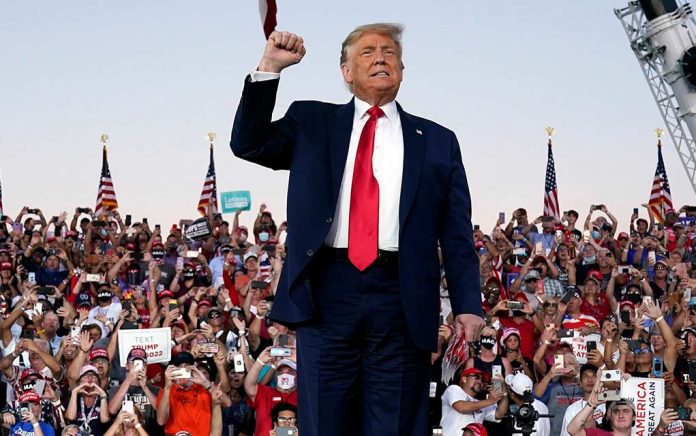 (NewsReady.com) – The 2024 presidential election is still more than three years away, but Republicans are already hyped-up about it. During the 2021 Conservative Political Action Conference (CPAC) over the weekend, organizers took a poll to see who voters wanted to see on the ballot in 2024. The winner is not a shock.

On Sunday, July 11, CPAC announced the results of an anonymous straw poll taken at the Dallas event. Former President Donald Trump was the big winner with 70% of respondents saying they wanted him to be the nominee in 2024. That is up from 55% of the vote he received earlier this year at CPAC in Orlando. Trump’s approval rating was also 98%.

If the former president decides that he does not want to run, 68% of voters said they would like to see Florida Governor Ron DeSantis capture the 2024 nomination. The governor has been a staunch supporter of Trump and has taken on the Left in his state with a Trump-like style.

The support for DeSantis might also bode well for the Republican ticket if Trump runs and chooses the governor as his running mate. The two political powerhouses could be unstoppable.

Of course, this is all speculation. Before the GOP can even think about 2024, they need to get through the 2022 midterms.