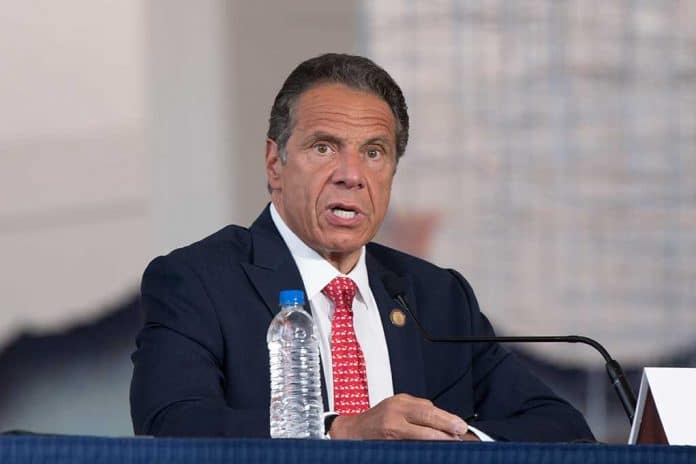 (NewsReady.com) – On August 3, NY Attorney General Letitia James (D) released the findings of the investigation into allegations of sexual harassment against Governor Andrew Cuomo (D-NY). The report was brutal: the AG claims there’s evidence to support allegations from at least 11 women. A week after the document’s disbursement, the governor made a shocking announcement.

Cuomo held a press conference on August 10, announcing his resignation from office. He said he intends to leave the position, which he’s held for a decade now, on August 24. During the energetic speech, the politician touted his personal successes and vehemently denied any allegations of harassment. However, he does admit to getting too close to people in the past and having a rough sense of humor — neither of which constitute the allegations made.

"The best way I can help now is if I step aside and let government get back to governing. And therefore, that's what I'll do," New York Gov. Cuomo says. pic.twitter.com/Z1edfCJa3z

Cuomo initially refused to resign, swearing he didn’t sexually harass or touch anyone. Both Republican and Democratic state lawmakers started moving to impeach him, saying they had enough support to remove him from office.

While the tables have turned, lawmakers might still proceed with impeachment in order to deny him access to benefits, such as his pension. However, it’s unclear if there’s enough support for them to move ahead.

The AG’s report accused the governor of breaking both federal and state law. So far, at least one of his accusers has filed a criminal complaint against him.