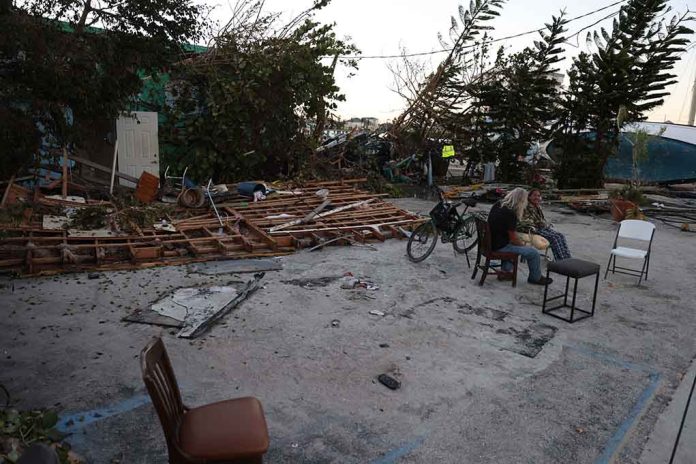 (NewsReady.com) – More than a week after Hurricane Ian hit Florida, residents are still struggling to clear the wreckage. Tens of thousands of homes don’t have power, and islands off the coast are still cut off by collapsed bridges. Analysts say Ian could be the second deadliest storm this century.

Some residents of some Florida islands are just now returning over the past few days to see the devastation from #HurricaneIan, per @guardian. https://t.co/lBoMLZFvNi

With the cleanup from Hurricane Ian likely to take months and the official death toll still rising, the category four storm looks set to be Florida’s deadliest in 87 years. So far, the hurricane has officially killed over 100 people, already far higher than the 65 who died in Hurricane Andrew in 1992; but the real total is likely to be at least 120. There are also still many missing from the storm, though there’s no official number.

Most of the victims drowned in the record storm surge, with others killed by falling debris or being blown off their feet. Florida hasn’t seen this many hurricane deaths since the 1935 Labor Day hurricane, which killed 408 people.

Hurricane Ian is also the second deadliest storm to hit anywhere in the US this century. In 2005 Hurricane Katrina killed at least 1,245 people, and 135 are still missing. Ian won’t come close to that total, but it’s still devastating for Florida.